Speaking on occasion, Union Minister of State for Housing & Urban Affairs, Shri Kaushal Kishore, said that new suggestions and thoughts were required to carry the urban transport sector forward. Expressing satisfaction at the Programme being organized in Kochi, he said that the city was poised to make advancements in the Sector with the coming of the Water Metro and other initiatives.

The Minister opined that for the country to develop, it was essential that cities developed. This, in turn, would ensure that development spread to rural areas. Elucidating on the government’s initiatives on the occasion of ‘Azadi Ka Amrit Mahotsav’ and ‘Amrit Kaal’, the Minister said that the country was on the path to becoming ‘Ek Bharat, Shreshta Bharat, Swastha Bharat’.

Shri Kaushal Kishore said that to achieve the Prime Minister’s vision of becoming a developed country by 2047, it was essential that all sectors, including agriculture, health and technology, developed. He hoped that the Conference had enabled discussions and interactions that had led to not only the sharing of innovations and experiences but also the generation of new ideas and knowledge. This would enable the country to become Aatma Nirbhar. He urged that all citizens be responsible for becoming part of the process to become an Aatma Nirbhar, a developed country, by 2047.

Kerala Governor Shri Arif Mohammed Khan also addressed the Valedictory Session. He said the country’s culture was remarkable because its thought leaders never advocated for ‘exclusiveness’. But, on the other hand, they suggested that extraordinary brilliance, power, energy, beauty and capability anywhere be viewed as a manifestation of the splendour of the Supreme Spirit. This heritage encouraged us to consider wisdom, knowledge, science and monuments of the mind as the common heritage of all humanity. He, therefore, suggested that we must learn and share.

The Governor said that mobility was changing exponentially and would continue to do so at a much faster speed in the future. He suggested that for sustainable urban mobility to become a part of the development process, quick decision-making and successful implementation were essential. He called for the engagement of all stakeholders to ensure this. Expressing deep satisfaction at the Conference being organized in Kochi, he hoped that it had led to sharing experiences and the generation of new ideas which would help create sustainable Aatma Nirbhar Urban Mobility. The Governor reiterated that inclusivity was the key to ensuring mobility led to sustainable urban transport. He urged that one should see the welfare of others in one’s welfare. 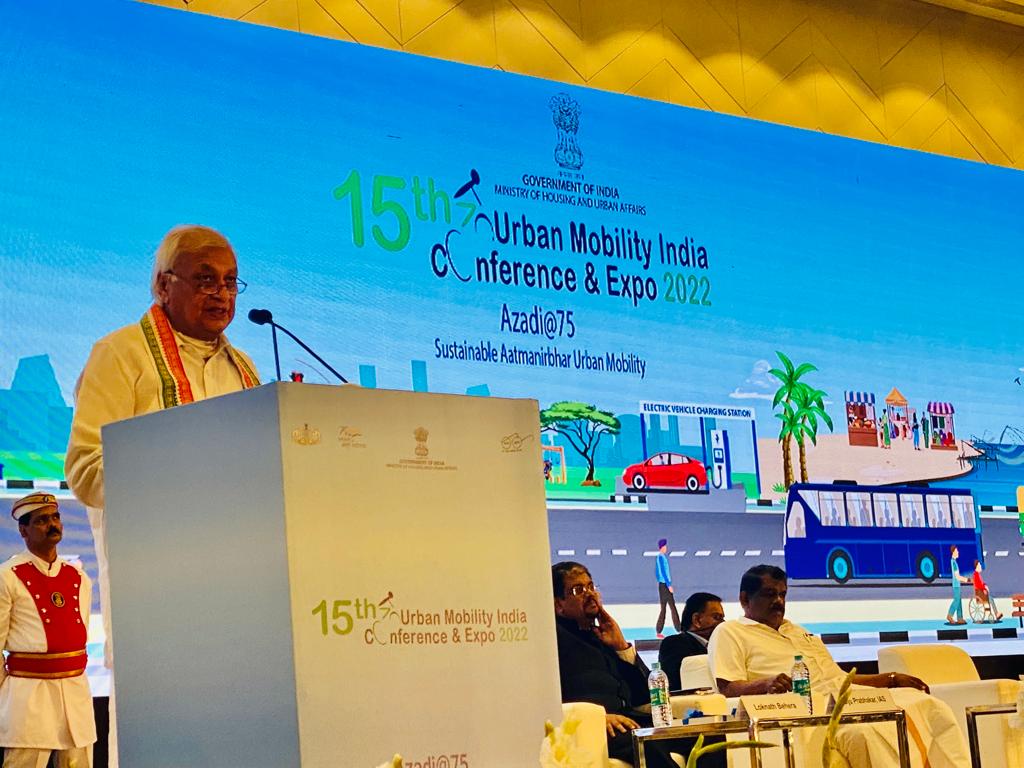 UMI 2023 – Delhi was jointly launched by Shri Arif Mohammed Khan and Shri Kaushal Kishore on the theme – ‘Integrated and Resilient Urban Transport’. The Excellence in Urban Transport Awards were also distributed at the function.

Nine Sessions were held on Day 3 of the Conference on the theme – ‘Future Mobility – Safe, Affordable, Accessible and Efficient. The Plenary Session on ‘Urban Mobility-Vision 2047’ was led by Shri Jaideep and Shri Loknath Behera, MD, Kochi Metro Rail Ltd (KMRL).

The Conference was organized by the Ministry of Housing and Urban Affairs in collaboration with the Govt. of Kerala on the theme – ‘[email protected]–Sustainable Aatma Nirbhar Urban Mobility.