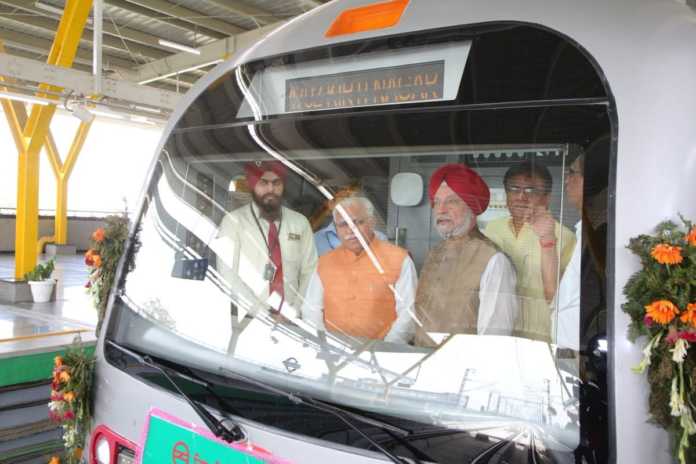 New Delhi:  On the occasion of inauguration of extension of Green Line from Mundka to Bahadurgarh of Delhi Metro. on 24 June Prime minister approves the proposal to set up committee to lay down standards for metro rail systems in the country. The committee will be headed by E. Sreedharan, who is also known as Metro Man of India.

From 1995-2012, E. Sreedharan has served as Managing Director of Delhi Metro Rail Corporation (DMRC). Earlier this he worked as Indian Engineering Officer (IES). He has given new shape to metro transport for India.

Further he said that, “Our government has brought out a policy relating to metros. This is because we felt aspects relating to metro systems need greater coherence and work as per a basic set of standards,” he said in his address.

Government wanted to boost ‘Make in India’ initiative by making metro coaches in the country. Several nations helped us in the making of Delhi Metro and other metros, and now, we are helping other nations by designing coaches for their metro systems Modi said.  Recently in Rae Bareli coach factory has open, can be taken best example of what Prime Minister wants to convey.

He added that, the process of making metro systems was also linked to cooperative federalism. “Wherever metros are being built in India, the Centre and the respective state governments are working together.”

Prime Minister further said that, “New India requires new and smart infrastructure. We have worked on roads, railways, highways, airways, waterways and i-ways. There is unparalleled focus on connectivity and ensuring development projects are completed on time.”

After the sudden fare hike of Delhi Metro, there was a great need to set up such kind of committee which can maintain the standard of metro. RTI has also provided the information regarding impact of Fare hike. As per the provided information five lakh people stopped travelling every day after fare hike.