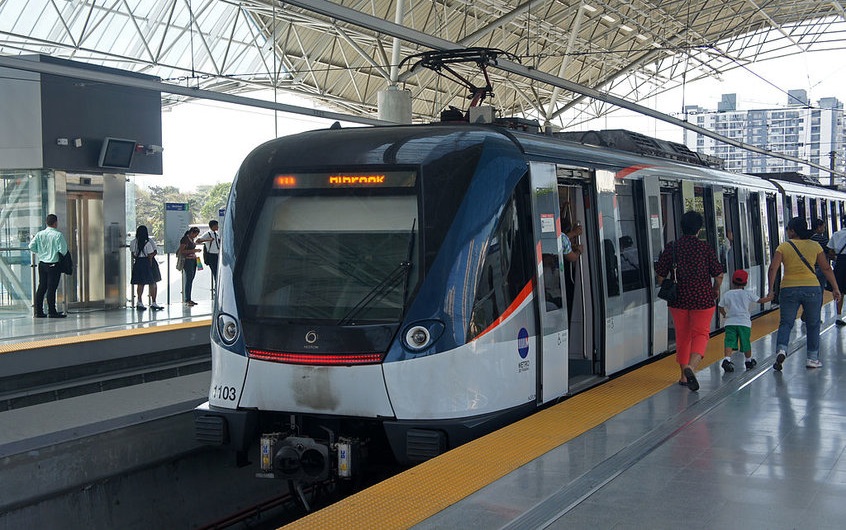 ALSTOM has begun delivering a batch of 70 additional Metropolis metro cars to Panama Metro, which will be used to increase capacity on Line 1.

The first three-car train was delivered to the line’s depot in Albrook on April 25 after completing its sea voyage from Spain.

In November 2015 Panama Metro awarded a €145m contract to a consortium of Alstom, Thales, Sofratresa, CIM, and TSO to expand the Line 1 train fleet and upgrade the line’s signalling system, power supply, and depot facilities.

Under its €130m share of the contract, Alstom is supplying 70 metro cars to lengthen the line’s 20 existing trains from three to five cars and increase the fleet to 26 sets.

Over the next few months Panama Metro will take delivery of three more three-car trains and the first complete five-car set, which is due to arrive in September.

Five-car operation is expected to begin on Line 1 in January 2018 and intermediate cars will be delivered at a rate of two vehicles per month from early next year.

Traffic on the 13.7km north-south line from Los Andes to Albrook has grown rapidly since its inauguration in April 2014 and Panama Metro says the expanded fleet of five-car trains will double capacity on the line.