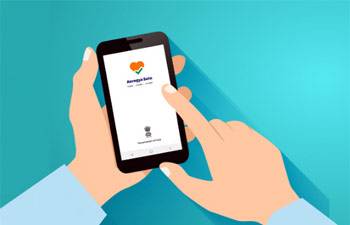 BENGALURU (Metro Rail News): Bengaluru people have to install Aarogya Setu app to travel by Namma Metro. As per the new rules drafted by the BMRCL as it gets ready to continue metro services after almost 2 months.

The public transporter has been leading daily drills for the workers of its services division on enforcing the fresh rules. As MD Ajay Seth said

Further, he added that the commuters not having the Aarogya Setu app or without smartphones cannot be permitted to travel on metro. According to the SoP, security guards should check every commuters’ phone to understand if they have installed the app.

People whose temperature is over 38 degrees Celsius would also not be admitted into metro stations. One can travel only with metro smart cards & there is no tokens would be issued at stations until next notice, as per the metro chief said.

Only 346 commuters or one-sixth of a coaches normal capacity that is almost 1,500 would be provided to get on board. The train operating staff would secure this number isn’t breached.