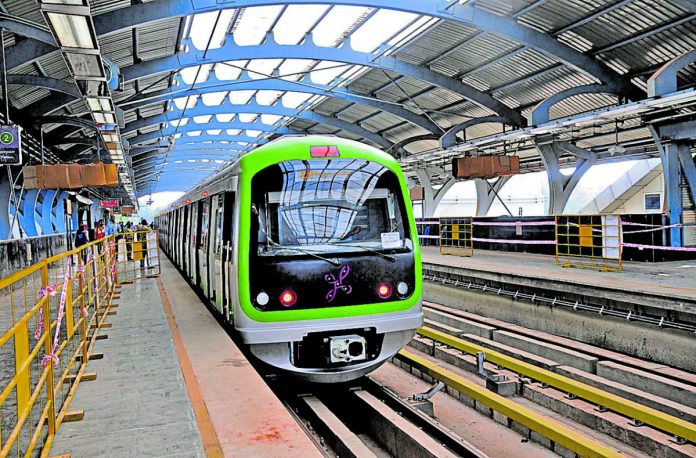 BANGALORE (Metro Rail News): The Bangalore Metro Rail Co Ltd (BMRCL) is in the method of acquiring a part of Lowry Memorial School in KR Puram to make a power substation for the future Outer Ring Road (ORR) Metro. Once finished, the transport utility would get possession of all the sections needed for building the 18 km Metro line on the city’s tech corridor.

The BMRCL declared a preliminary notification to get 4,562 square metres of land in KR Puram, on Tuesday. The notification would restrict anyone from taking up new development actions on the land that has been known for acquisition.

Procuring custody of the 1-acre land would also put an end to the yr long work of getting properties needed for the 18 km Metro work moved among Central Silk Board & KR Puram. The BMRCL had commenced acquiring land for Phase II-A Namma Metro project sometime through mid-2019.

We have already bought the properties needed for the ORR project including where the viaduct and stations would come up. One property owner had approached the court but the dispute has now been settled, Channappa Gowdar, Special Land Acquisition Officer at BMRCL, stated. Only about 1 acre of land is needed for the electrical substation. We may require 2-3 months to get it, he added further.

A representative of Lowry Group of Institutions was not willing to be part of the story. The BMRCL has received about 44,000 square metres of land for the ORR Metro project. That translates roughly into eleven acres that is less compared to other projects. The Metro line is planned to run on the broad median along with the ORR that was mainly designed to function a Bus Rapid Transport System.

The BMRCL had the necessity to acquire additional properties only in places where the Metro stations are prepared. It is learnt that the BMRCL has put on hold other actions like opening the tenders called for the development of the Metro line on the ORR. It is not known at the authorities to plan to open the tender, although tenders were floated way back in Dec last yr. The officials are also silent about whether the Union Govt has allowed the funding of the ORR project yet.