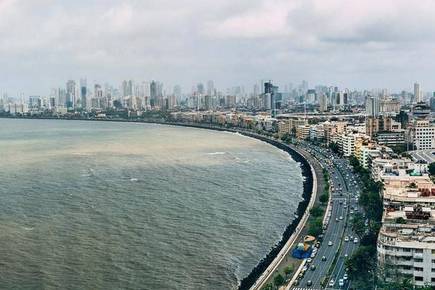 MUMBAI (Metro Rail News): The deep cuts in each capital expenditure projects may have announced by the state govt but infrastructure plans in the capital have appeared unscathed.

The ability of Mumbai to package their infrastructure projects attractively to multilateral lending agencies & formal lending institutions indicates that the landmark projects of the state have been spared budget cuts.

The Mumbai-Nagpur expressway Samruddhi Corridor, state govt obtained financial closure of Rs 50,000 cr using a formal banking consortium headed by SBI where the Municipal Corporation of Greater Mumbai independently supports the Rs 14,000 cr coastal road project connecting south Mumbai with the western suburbs of the city and is unaffected through the budget cuts.

Ajoy Mehta the State Chief Secretary issued the govt resolution declaring the cut in expenditure on development plan and curbs on recruitment.

“The departments should carry out a review of continuous schemes and take a call on its deferment or the cancellation. This would be applicable even to those projects selected by the state cabinet before March 31, 2020. No new schemes are offered,” the govt resolution said.

The state govt announced a 67% cut in spending for developmental works this fiscal yr on Sunday in view of the expected revenue losses dua to the nationwide lockdown.

Only 33% of the entire outlay for project expenditure of about ₹1.15 lakh cr for this fiscal yr would be released by March 2021.

In Maharashtra, provided the scale & volume of extensive infrastructure projects, the state has been ready to attract funding from multilateral agencies.

In India, Maharashtra is on the top 3 states spending on infrastructure,ICRA vice-president Rajeshwar Burla said.

One of the areas that would be impacted is affordable housing, where two-thirds of the funding is divided among the Centre and the state, Burla further added.

Manoj Saunik additional chief secretary of Maharashtra Public Works Department said that every primary project is funded independently and would not be affected by budget cuts.

He further added that in some projects the govt would have to inject a little investment over the course of the project or would have to provide bank guarantees. But the project’s funding won’t be affected. Still, secondary road projects which is under PWD would be impacted.