According to the government report, the Agra rail project will have two corridors.

which will pass through the heart of the city and will connect prominent tourist places like the Taj Mahal, Agra Fort, and Sikandra. It will also connect Interstate bus terminal, railway station, medical college, and others.

The decision was taken a cabinet meeting chaired by Honourable Prime Minister Shri Narendra Modi. The estimated cost of the Kanpur metro project is Rs 11,076.48 crore and the Agra project is Rs 8,379.62 crore. Both the projects will be completed in five years.

According to the source, In metro project, the length of the ITT-to Naubasta corridor is 23.785 km, which is partly elevated and partly underground. It comprises of 22 stations.

Also, the length of the Agriculture University to Barra-8 corridor is 8.60 km, comprising of four elevated and four underground stations.

The financing of the Kanpur Metro Rail Project will be partly from the Centre and the Uttar Pradesh government on an equal-equity basis and party as soft loan from multilateral international funding agencies.

In a momentous decision that will accelerate the process of development & urbanization in Uttar Pradesh, the Union Cabinet has approved metro rail projects for the people of Agra & Kanpur, two of the largest cities of the state. 1/3 pic.twitter.com/zhgNsgpoZ4 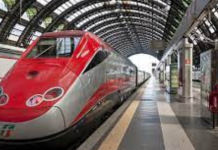