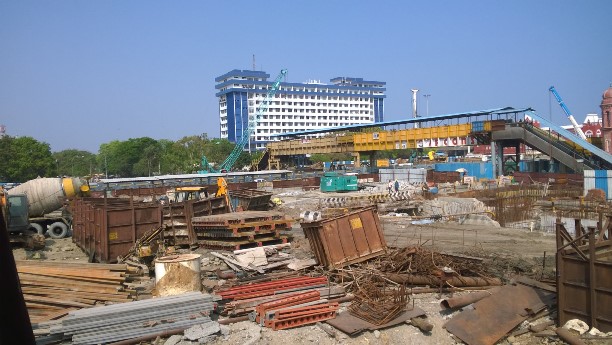 Chennai: The Chennai Metro Rail Limited (CMRL) is facing many roadblocks in its construction and missing its deadlines for completion of project.

Increased number of traffic congestion and traffic difficulties to the residents of the city, lot of hickups, diverted routes which causes delay to the citizens and hindrances in day to day basis.  Huge amount of dust errolled which causes various number of breathing diseases and inconvenience to dust allergic & aged people.

Delay in the project for a long time due to political changes & misunderstandings, No specified timeline when the entire project will be completed 100%. Increased number of crime related activities near the metro rail WIP areas due to lack of security at night times.

The existing sub urban trains are pretty older which could have been modernised & connected well for eg. Arakanom/Sullurpeta routes lack connectivity to Park station. This route has millions of people travelling on daily basis with every minute of people travelling.

“Chennai was meant to be a well planned city before the metro rail project could be commenced, but now there’s a serious doubt where Chennai is leading to in terms of the damaged roads, unsafely for aged people to walk on roads, unsafe for cars and bikes to ply on road, increasing diseases due to WIP of Metrorail for a VERY long time. Chennai was meant to be one of the top cities by its infrastructure years back but now we lack in proper roads / safer place to live.”, sources said.