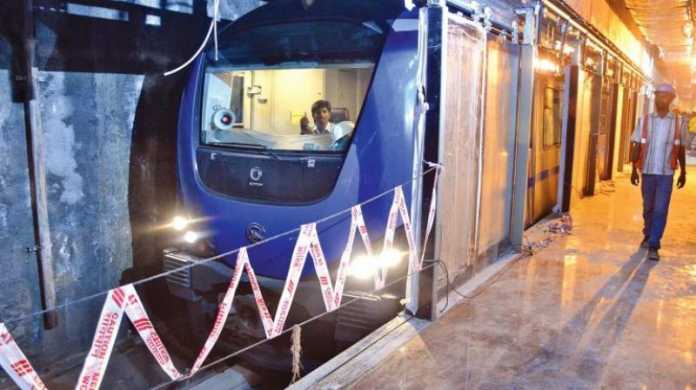 Chennai: When Chennai Metro Rail Limited (CMRL) has flagged of the Thirumangalam and Nehru Park metro rail, the officials had promised to offer mobile connectivity. This service was to be made available for the underground stretch, but a year has passed by and Chennai Metro commuters are still waiting for the promise to be fulfilled.

There is still no mobile connectivity at the underground stretch. CMRL officials had assured that they have installed mobile transmitters and connectivity at underground metro stations will be established by end by February. But there is no glimmer of hope as May is about to end and there is no sign of the services to start soon.

Commuters have to suffer as they are not able to use their mobile phones when travelling through underground stretch using Chennai Metro. CMRL officials have been assuring that they are conducting test runs to see how the installed system is working. They have been promising that the services will be made available soon. But the promise is yet to light of the day.

The delay can also be attributed to the fact that CMRL is currently focusing on starting operations at two stretches. These include the Saidapet to AG-DMS and Nehru Park to Chennai Central Chennai Metro. Owing to work going on these two stretches, officials are unable to devote time for starting mobile connective at old as well as new underground stations.

Many commuters who have been waiting to take the Chennai Central to in Nanganallur through the Chennai Metro Rail are avoiding it. Office goers want mobile connectivity as it will not disrupt their work in case they are travelling via the underground route. People have complained that they are unable to make calls when travelling on the route and have requested the authorities to find a solution at the earliest.