This stretch is a part of the 13.9 km underground corridor from South Ramp near Jayanagar Fire station to North Ramp near Nagawara underground Metro Stations with 12 underground stations and twin tunnels covering a distance of 10.37 km.

According to the official data, the expected geology of  the  tunnel stretch is about 250m in hard rock, 350m in mixed ground conditions and 255m in soil thus making the work a little bit difficult.

Few of the machines have  been procured along with two others from China Railway Construction Heavy Industry Corporation (CRCHI) with Larsen & Turbo Ltd  having the contract for completing the Reach-3 package. Although a boycott of Chinese goods is underway but the use of its materials in metros continues. 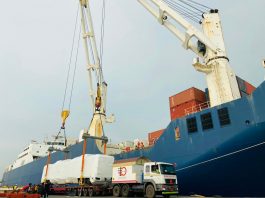