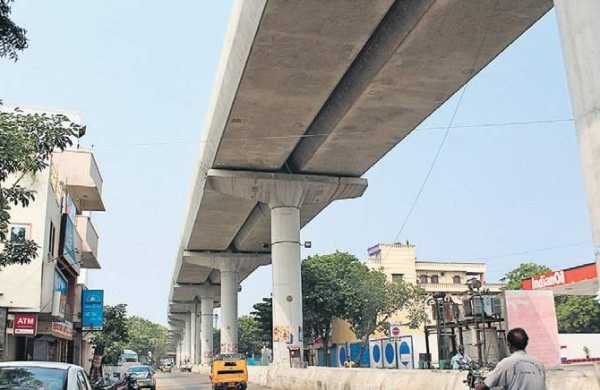 CHENNAI (Metro Rail News): Chennai Metro Rail Limited (CMRL) files a complaint against 4 private firms for posting advertisement on its pillars. these posters were stuck near Meenambakkam and Airport stations and along Vadapalani- Arumbakkam stretch.

According to release, pasting of posters on piers, barricades and other structures of Metro Rail project is illegal. Defaulters can be imprisoned for six months or a fine of `1,000 will be levied or both. “We have informed the public that such acts are illegal but despite this, several posters have been stuck on pillars,”  a CMRL official said.

While private firms are pulled up for this menace, political parties which are mainly responsible for posters on Metro rail walls and pillars have been left scot-free. Residents living around these areas said a few days prior to Narendra Modi visiting IIT, all such political posters were cleared by metro rail.

“Irrespective of who the defaulter is, the management should hold them accountable”, said Radhika Ganesh of Pallavaram.