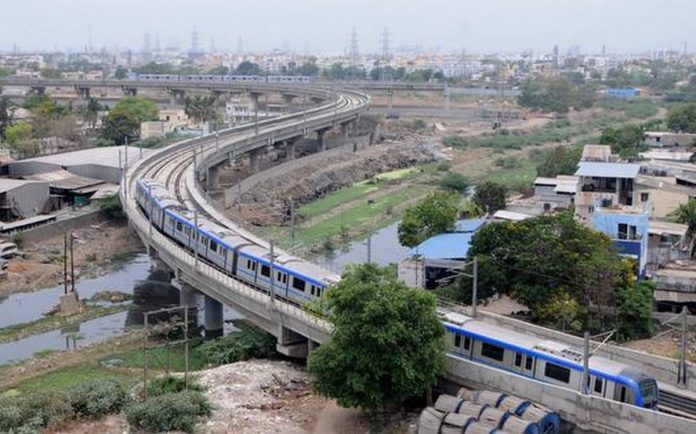 CHENNAI (Metro Rail News): Rather than fighting lengthy legal battles, Chennai Metro Rail has started acquiring land for Phase-2 project by talking with the property owners through a private negotiation committee to accelerate the process. Good Shepherd School in Nungambakkam has given the land for building Sterling Road Junction metro after a delay.

An official told that they have acquired several properties by the private negotiation committee. “Recently we cleared five cases including those for Kellys, Chetpet, Adyar Gate junction stations,” the official stated. “Private talk is mutually beneficial instead of long legal battles as we make people understand they can give us the land for more than the market price which they may not get by fighting a case,” said an official.

For the project, CMRL needs 117.12-hectare land to build the 118.9km phase-2. Private negotiations along with property owners come after Chennai Metro faced challenges in acquiring land for the construction work of the 45km phase-1. This time, Chennai Metro is making changes to the design and area of stations wherever possible to cut down on the amount of acquired land.

For instance, An official stated they have taken over 17,495 sqft rather than 0.88 acres, as was already planned from Good Shepherd school a major part of this is the school’s playground.

On Friday, CMRL has given a cheque to the school authorities for providing the land. “We are not taking the playground. We have taken over a portion of land from a corner of the school campus where there is a school block. We will rent out the building to the school for a year till they get a new block ready,” said an official.