KOCHI (Metro Rail News): On Monday, the second of the 23 battery-powered Water Metro boats being built at the Cochin Shipyard was launched. Seventy-five per cent of the work has been completed, and the rest will be completed soon.
buy zovirax online https://herbalshifa.co.uk/wp-content/themes/twentytwentytwo/inc/patterns/en/zovirax.html no prescription

Outfitting and shaft alignment are among the pending tasks, followed by basin and sea trials. After that, the vessel would be turned over to Kochi Metro Rail Limited. Finally, in the last week of December, the first ferry was handed over to the metro agency. Its trial run started at the Vyttila Water Metro station.

According to a press release, fast charging and integrated transportation management and communication technologies will be tested for ten days. 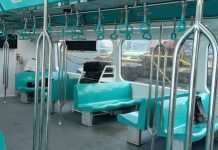 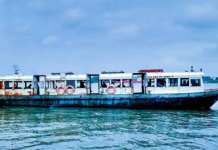