NEW DELHI (Metro Rail News): On Monday the Delhi Govt in their budget for the financial year 2020-21 allotted a whole of Rs 5,941 cr for enhancing the public transport infrastructure sector in the national capital. Rs 900 cr allotted for the Delhi Metro Phase-IV project.

With the plan to fulfil Delhi CM Arvind Kejriwal’s promise of providing “the largest and cheapest public transport system” in the national capital, Dy. CM Manish Sisodia stated that the Delhi govt had fixed a target of taking the complete fleet of State-run buses to 11,000 and laying 500 km of Delhi Metro lines of Phase-IV.

Manish Sisodia also declared after a gap of around ten years new buses have been combined in Delhi’s public transport system buses with modern CCTV and ‘disabled-friendly lift’ have been included in the fleet for the 1st time in the country. New low-floor buses have been inducted for the 1st time since the Commonwealth Games. Entirely 2,485 new buses, 1,300 DTC and 1,185 cluster buses, including 685 electric buses would be added to the fleet during 2020-21.

Further, he stated that as much as 1,880 buses in which 444 DTC and 1,436 cluster buses would be acquired at the beginning of 2021-22. He told that the Delhi govt would resume providing free travel to women on buses.

I propose an outlay of Rs 250 cr for the purchase of buses by DTC and Rs 1,100 cr for gap funding of cluster buses 4 depots that are Okhla, Harinagar, Vasant Vihar and Hasanpur. These would probably be the 1st multilevel depots of its kind in the country.

He said that work on additional corridors of Delhi Metro Phase-III and NCR stretch of 158 km length had already been approved and the rest work of around two kilometres on the Najafgarh corridor would be finished throughout this financial year.

Delhi govt had already passed entire 6 corridors of the Delhi Metro Phase-IV project. I propose an outlay of Rs 900 cr for Metro Phase-IV project in 2020-21 in terms of Rs 1,324 cr in revised measures for 2019-20 and Rs 200 cr issued to the DMRC in 2018-19. The previous year, Delhi Govt had passed its draft Electric Vehicle Policy 2019 and an outlay of Rs 50 cr for the State Electricity Vehicle Fund had also been intended. 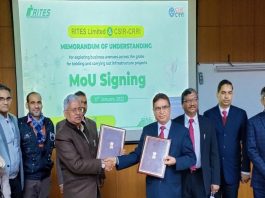 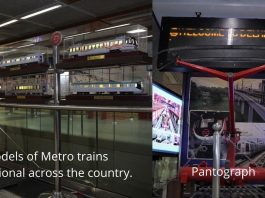 Two new exhibits at Delhi Metro Museum include a pantograph &... 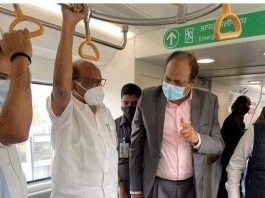