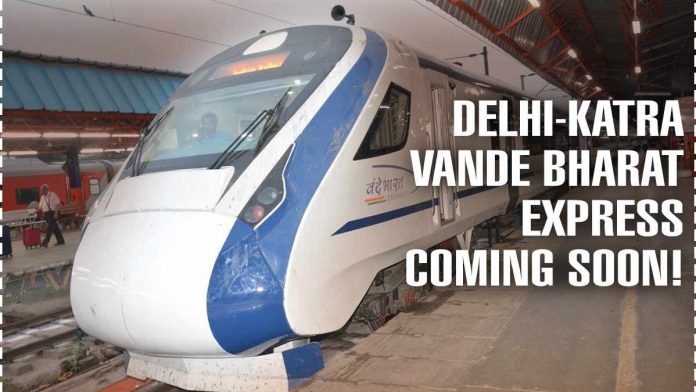 The Railway Board has announced that the train operations of the second Train 18 on Delhi-Katra route will begin before the upcoming festival season.

Considering the fact that getting reserved train tickets during the festive period is often challenging, the introduction of the new Vande Bharat Express train service is expected to benefit a lot of passengers who are planning to travel during that time.

According to Railway Board Chairman, Vinod Yadav, the Delhi-Katra route was chosen by the board in a bid to capitalize on the high traffic volume owing to the holy pilgrimage of Mata Vaishno Devi temple.

The upcoming semi-high speed train on Delhi-Katra route is likely to bring down the travel time between both the cities to 8 hours from the current 12 hours.

This is going to be the second such engineless semi-high speed train, offering world-class train facilities to passengers. At present, only one Vande Bharat Express is operational on Indian Railways network, connecting Delhi to Varanasi.