New Delhi: The Delhi Metro Rail Corporation (DMRC) is conducting exam for different posts including lower and higher posts since its inception in 1998. Previously the exams were conducted on paper i.e. written examination. From 3-4 years the organisation has started computer bastes tests (CBT) to recruit manpower for its various ongoing projects. But still lacking in transparency in recruitment process. We have got some complaints from 80- 95 candidates, who has just given Junior Engineer exam from different stream in this year. They have became most victim due to non-specified DMRC  normalization process, which has separated them from final selection. This is very painful for us that our youngster who are future of developing India are not able to get platform due to corrupt practices in recruitment procedure. 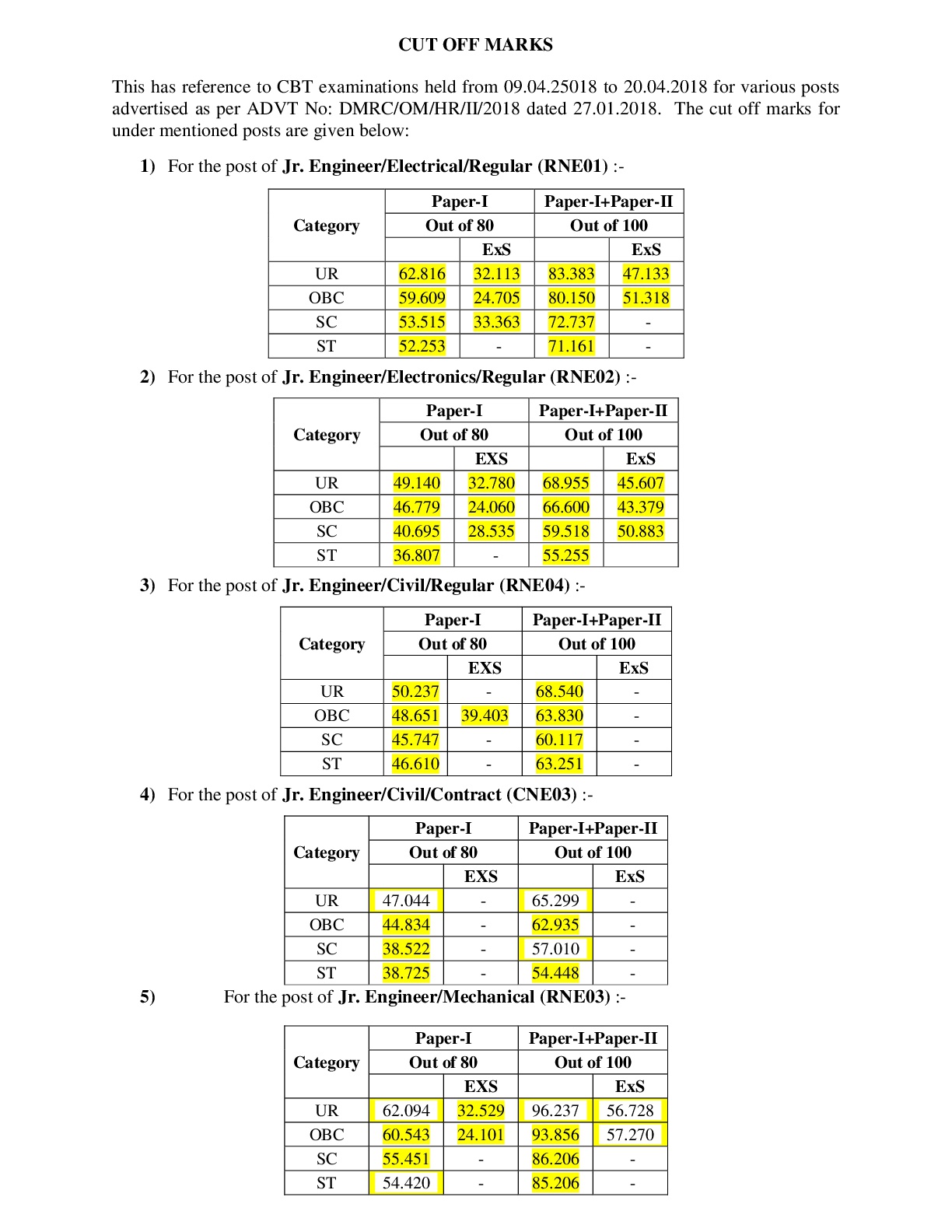 But when the cut-off list came it brings disappointment among numbers of good and deserving candidates. Who were expecting their name to be come in Merit list, but it does not happen. Reason behind their failure was normalization method, which DMRC is not ready to disclose it. All the three shifts (say for electrical) the papers were different so for maintaining equality in students a normalization method was to be followed. (They did not tell in notification that which normalization formula will be followed however all reputed exams, say GATE etc., clearly explain their formula). Now after the exam DMRC did not give individual response sheet of the candidates and cut off, on inquiry they published cut offs and just common answer sheet by which candidates just guessed their marks .

The cut offs which are kind of unacceptable to any not-selected candidate  because many of candidates were expecting their selection and they didn’t not find their names in the list even after scoring very high enough marks (as guessed after seeing that common single answer sheet). It can also be guaranteed that majority of candidates (90%) have been selected from one shift only and other shift candidates rarely find selection (can be proved after RTI reply comes).Increased the particular shift candidates marks inappropriately (approx. 10-12 marks minimum) also decreased the marks of other shift candidates which led the cut off become very high also it reduced the one shift marks too so a huge difference was created between the marks of candidates of two shifts. It can be understood by an example as followed:

So on 10th April candidates got their marks increased by 10-13 marks minimum and majority of selected candidates came from that shift only. Here normalizing it by 12 marks means 12/0.66 = 18 questions in paper 1 and 12/0.33 = 36 questions in paper 2. So in paper 2 it is 36/60 questions. When people objected the unacceptable cutoff like for mechanical stream it was 96/100 , then they changed it to 80/100 . How they changed it without any notification.

On objection DMRC said they are adopting some railway method STANDARD DEVIATION METHOD OF NORMALIZATION however which should be followed only when DMRC adopted railway exam pattern too. Indian railway doesn’t conduct two papers and the pattern which DMRC follows so DMRC should not opt that normalization method and that’s why there is no equality in the process with candidates.

When conveyed to DMRC then they say they don’t bother if the consequences are bad they just applied the formula uniformly to all the candidates now candidates say if it is right then DMRC could adopt any random method and saying that their formula says to give 50% marks to a particular shift candidates just like articles are amended if the equality is violated by some random law then similarly DMRC should amend their formula if the kind of equality is not being maintained.Like GATE, the very important exam for PSU jobs and M. Tech. in India, gives the complete normalization method details so DMRC should have told in the notification only that what kind of method they are going to use. But they did not do so.

DMRC did not maintain any kind of transparency like: 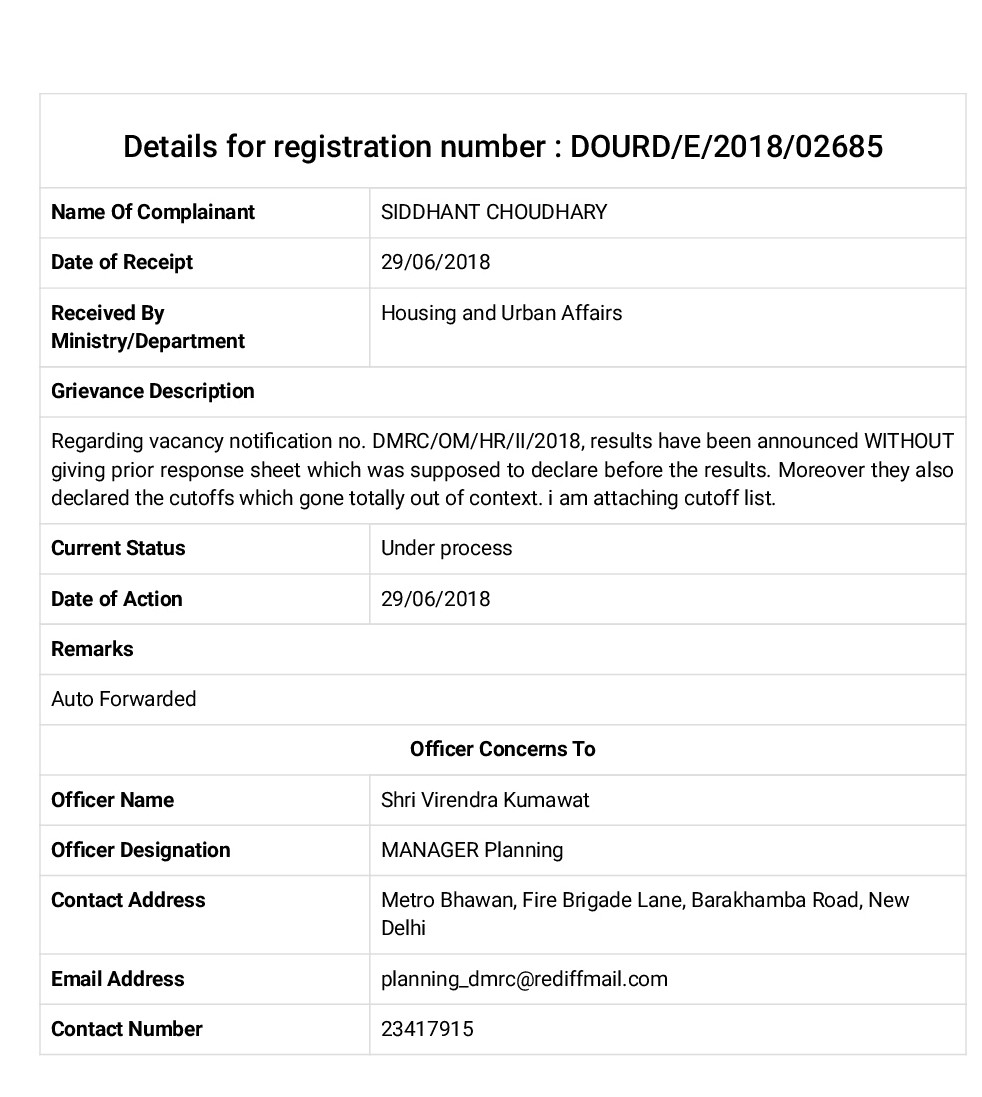