New Delhi: The Delhi Metro Rail Corporation (DMRC) has floated a tender to deploy 25 trains, each with six coaches, under lease, have come one step closer to reality, and the entity received 11 expressions of interest (EoI) of six possible financiers. and five possible manufacturers of rolling stock. They are willing to sign a tripartite agreement with DMRC to manufacture, finance and lease buses for a period of 30 years. This lease proposal is based on a new public-private partnership (PPP) model, which Indian Railways is testing for the first time. Invest India, created under the Department of Industrial Policy and Promotion (DIPP), analyzed metro systems around the world before recommending the hire of buses under the PPP model to the DMRC. These models to finance and hire trainers exist in Australia, the United Kingdom and throughout Europe. 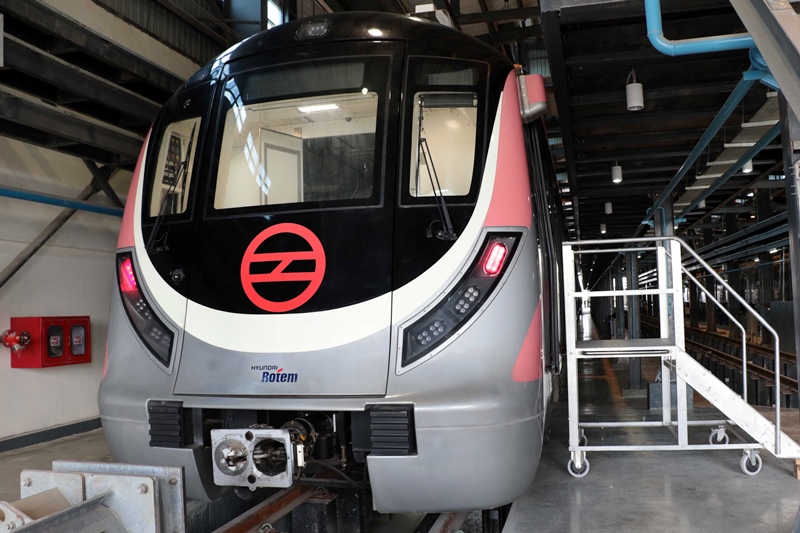 The advantage of the leasing model is that the DMRC will not have to make an initial capital investment or incur any maintenance costs during the coaches’ entire 30-year life cycle. Instead, it will pay the concessionaire the rented trains for hours. HS Anand, director – rolling stock, DMRC, said that the private partner would not be required to assume any risk, a key concern of the private sector in PPP projects. He told Media, “DMRC is guaranteeing the hourly requirement of the trains, whether I have a passenger or not, it is not their risk, they will be paid as long as they make the trains available according to our requirements and bring them on time.”

By the way, the number of passengers in the Delhi metro exceeded 100 million rupees in a single fiscal year in fiscal year 17, and averaged 30 lakh daily, according to the data available on the DMRC website. Financial entities such as Mitsubishi Financial Group, Mitsui & Co, Equus Asia, the National Infrastructure Investment Fund (NIIF), IL & FS Financial Services and I Squared Capital have presented EoIs. Among the manufacturers of rolling stock, the companies evaluated for the second bidding round are: Bombardier of Canada, the French multinational Alstom, Construcciones y Auxiliar de Ferrocarriles de España, BEML of India and the manufacturer of electric locomotives of China CRRC Zhuzhou Locomotive Company. Anand explained that the winning bidder will be paid by the hour. He said: “Bidders will have to present the hourly availability rate of the trains, based on this and the other criteria mentioned in the tender, the net present value (NPV) will be calculated, who is able to offer the best NPV. will be the preferred provider and will be selected. ” Anand said that the evaluation of the EoIs would end in March, and then the selected ones will be asked to submit their requests for proposals (RFP). “This will take around two months, and we hope to finish the winning bidder in July or August of 2018.” If the first pilot is successful, the DMRC can request another 100 coaches under the terms of the contract, bringing the total number of leased coaches to 250.

The DMRC currently does not reach some 916 coaches, which would imply a capital expenditure of approximately 13,000 million rupees if purchased directly. If successful, the model could have a significant impact on metro projects being executed across the country. In fact, the American infrastructure consultant Louis Berger already recommended this lease model under a PPP contract for the proposed metro projects in Bhopal and Indore.

Kshitish Nadgauda, ​​vice president and general manager (Asia), Louis Berger, told Media: “This model is ideal since smaller cities require only about 100 buses and the basic maintenance equipment required could be too expensive for an operation On the contrary, maintenance can be taken care of by manufacturers that are in a better position to do so and that can provide a lot of efficiency, being able to avoid this type of capital expenditure can make a big difference to guarantee the viability of a project “.