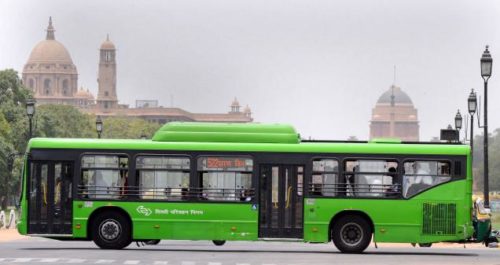 New Delhi: After years of delay, common mobility cards are going to be a reality in Delhi as the first 500 buses having the facility will be rolled out in two weeks from now.

The Delhi government has begun procuring chips known as Secure Access Modules (SAMs) from South Korea to ensure cashless transportation in the city. These chips will be fitted in the electronic ticketing machines (ETMs) that have already been handed over to the bus conductors.

“The Delhi Integrated Multi-Modal Transit System (DIMTS) is procuring the first 100 SAM chips from South Korea as they are not available in India. These will be rolled out immediately. We need 2000 more such chips for cluster buses for which tenders have already been floated. The bidder is expected to import the same product for us,” said a transport official.

In the first phase, the government will introduce this system in 100 cluster buses and 400 Delhi Transport Corporation (DTC) buses. The DTC is outsourcing the project and procuring ETMs that would already be fitted with the SAM chips.

“SAM is a chip or card is installed permanently in the equipment interacting with the cards or tickets. It is used to enhance the security and cryptography performance in devices to perform secure transactions in paying terminals,” the official said.

The security of a contactless system is based on secret keys used to authenticate transactions and the SAM stores these secret keys.

By extending the DMRCs smart card for cluster buses, the commuter will be able to pay the fare using the Delhi Metro Rail Corporation’s smart card. The DTC runs over 3,900 buses in the city and another 1,600 buses are being run by the DIMTS under the Cluster scheme.

The government has planned to facilitate travel on all its buses with the use of the metro smart card by the end of this year.

One of the issues that had hampered the integration of the systems of DMRC and DTC was that of refund value which needed approval from the Reserve Bank of India.

“The statutory clearances have been obtained from RBI to make the common mobility card operational,” a DMRC official said.