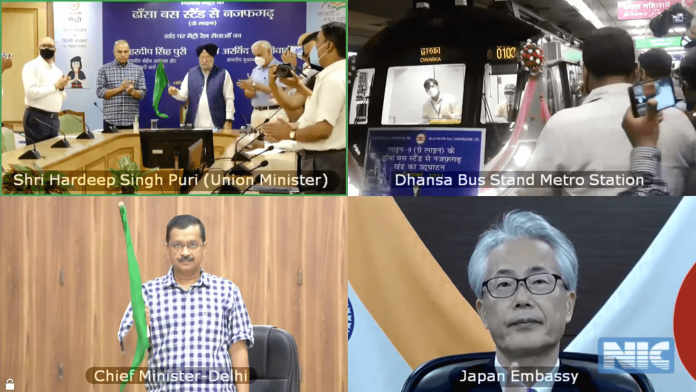 The commuter’s services on this line will start from today at 05:00 PM. With the opening of this line, the Delhi Metro network span will become 390 KMs with 286 stations.

The Najafgarh-Dhansa Bus Stand stretch, about one kilometre long (891 M), will extend the metro farther into Najafgarh’s interior. The people of the interior villages of Najafgarh, which is steeped in history, would greatly benefit from this expansion of the nearly 4.2 KM Grey Line (Dwarka to Najafgarh corridor).

In October 2019, the Dwarka-Najafgarh corridor opened, connecting the urban village region of Najafgarh to the rapid transit network for the first time. The future Dhansa Bus Stand Station has been decorated with appealing artworks and pictures that depict this national capital neighbourhood’s rich legacy, culture, flora, and biodiversity.