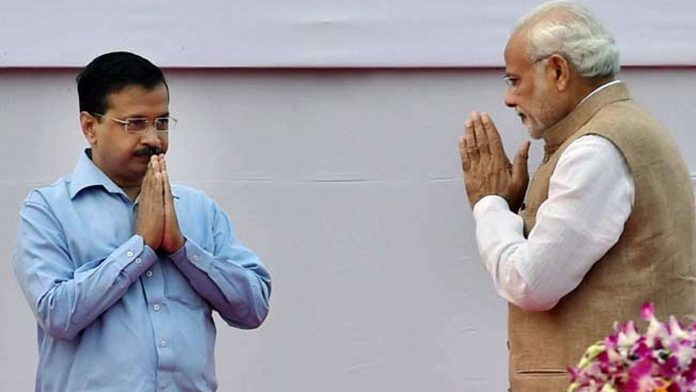 NEW DELHI (Metro Rail News): The Centre has said it cannot accept AAP government’s conditions on the Metro Phase-4 and asked it review its decision to not start work on Metro Phase-4 project till the Union Ministry of Housing and Urban Affairs revises its approval for the same on May 26, 2019.

According to the sources, The AAP government had in April directed the Delhi Metro Rail Corporation (DMRC) not to start the work on Phase-4 project till the ministry revises its approval in tune with the AAP dispensation’s assent.

The Ministry of Housing and Urban Affairs Secretary Shri Durga Shanker Mishra has written to Delhi Chief Secretary Vijay Kumar Dev, asking him to review the decision of the Government of NCT of Delhi GNCTD) for stopping the work of Phase-IV and uplift this embargo at the earliest in public interest.

While approving the Metro Phase-IV, the Delhi Cabinet had imposed two conditions

The Union cabinet had in March approved three of six corridors of the Metro Phase-4 approved by the AAP dispensation, sidelining the conditions imposed by the Delhi government while giving its nod to all six corridors. The three corridors approved by the Union Cabinet are Mukundpur-Maujpur (12.54 km), Janakpuri West-R K Ashram (28.92 km) and Tughlakabad-Aerocity (20.20 km).

The other three corridors of phase-4 which have not been approved by the Centre are Rithala-Bawana-Narela, Inderlok-Indraprastha, and Lajpat Nagar-Saket G Block.

The AAP government had objected it, alleging that the Union government has made some “unilateral changes” in the project, without communicating any reasons.