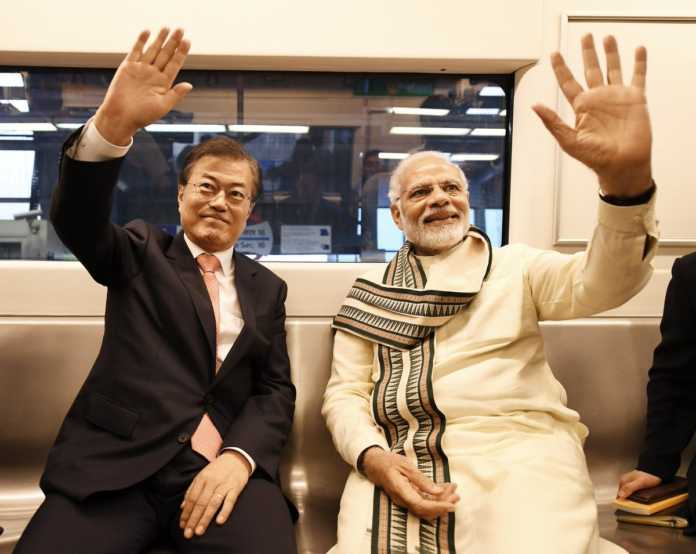 Samsung has recently opened a 35-acre electronic facility at Noida sector 81. Samsung invited Jae Yong on Sunday and she departed on Sunday and had discussed on then expand of Indian smartphone in the market.

Both the leaders visit Delhi Metro at Mandi House and took the blue line to Noida for the inauguration. Some people were shocked to see both the leaders together in the metro station and some got anxious to see the leaders. Some glimpses from the journey on the Delhi Metro shared by the Prime Minister of India via his twitter page-

Before going to Inauguration both the leader visit Gandhi Smriti to pay tribute to Mahatma Gandhi.

At the programme, the Prime Minister spoke about the importance of digital technology all over India and how technology is bringing convenience and enhancing transparency.

He also mentioned in his speech about the efforts to popularise digital payment and making India digitalized country and to connect rural areas with high-speed internet and improving good literacy.

The South Korean President today attending a reception at Rashtrapati Bhawan with Ram Nath Kovind and he visited Swaminarayan Akshardham Temple on Sunday.

It was the first meeting of South Korean President to India after he became President. The whole meet will surely lead to new agreements.