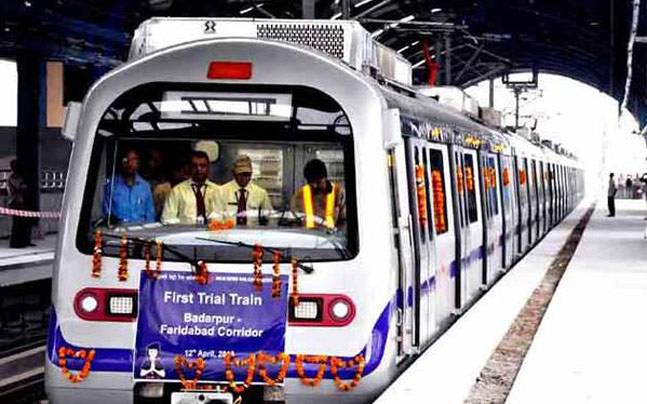 The Delhi Metro Rail Corporation had started a trial on this route last month, which has been successfully completed. Confirming this, Haryana Urban Development Authority (HUDA), Dharmender Singh, said that on November 19, residents of the the residents of the city will get a big share. Through this, the purple metro will connect directly to the Delhi Kashmiri Gate metro station from Ballbgarh. It is expected that around two lakh passengers will travel in the metro every day from Ballabhgarh. With the commencement of this Metro, this distance will increase to 46.6 kilometers. 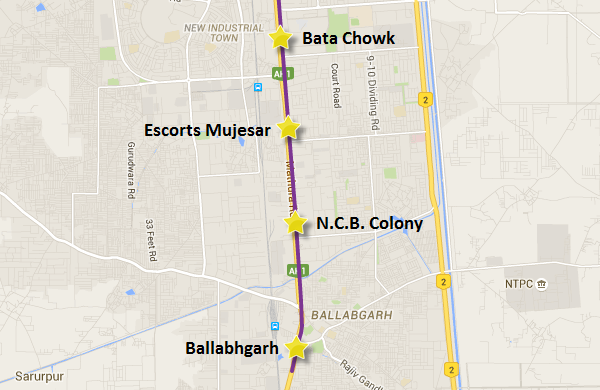 The 3.2-kilometer long corridor has been completely prepared from Ballorkh, ahead of Escorts Mujezar Metro Station. Which is to be inaugurated. At present, the Metro service is up to Escort Mujezar station. It has been further extended to two Metro stations. The first metro station is NCB and the other is Ballabgarh. With the operation of this Metro, people will also be able to visit Delhi, Gururgram, Noida, Ghaziabad. He had yet to reach Escorts Majeser metro station from Ballabhgarh, but now people will get a pleasant ride from Ballabhgarh to Kashmiri Gate Metro.

Trial started in the month of October last, for nearly a month, trial was started, which lasted more than a month. During this time, the speed of the train and the brake system checked and the contact with the operational control center of the train was also successfully monitored. Track, OHE wires and signals etc. were examined by loading filling sacks etc. in the train and also load testing. After completion of the trial, the entire corridor has also been inspected by the Commissioner of Metro Rail Safety.

People from NCR Metro station will get Metro Metro in Sector-4R, 6, 8, Sioni village, Sector-3 etc. Ballabhgarh Metro Station with Ballabhgarh city, Sector-2 IMT, Sector-55, 56, 24, 25 and NIT Area, It will benefit people of about 50 colonies built around Ballabhgarh. People coming from Sikri and Palwal will also be able to take the Metro from here .

Ballabhgarh Metro will be better option to avoid the jam Metro services from Ballabhgarh will prove to be a better option for those traveling to different parts of Rajasthan from Delhi. Actually, the metro station in Ballabhgarh is very close to the railway station, where people coming from the trains from remote cities will prefer to travel to the Metro to avoid Delhi’s jam.

Money and time will also be saved

From the commencement of Metro facility to Ballabhgarh, where the money will be saved, the time will also be saved. Till now, passengers traveling from Delhi to Palwal have to wait for the Tigahiya after landing at Escorts Mujezar station, where they waste a lot of time, At the same time, the payment of the rent also has to be paid more than the metro fares.

Parking will get better facility

Metro has now become 11 stations in the city. But there is no better parking facility at Escorts Mujegser. Due to this, Metro passengers have to move towards Neelam-Azoronda Station for parking, but there will be no parking problem for passengers in Ballabhgarh. Here, the largest parking lot has been constructed in the Dussehra ground compared to other stations. There will be no parking problem here .

One sight on the Ballabhgarh Metro project 31 March 2013: The then Chief Minister Bhupinder Singh Hooda Jan 2015: DMRC launches construction of Ballabhgarh Metro Project KJ 2016: The goal of running the Metro has been fixed, later target June 2017 Having been Thasteshn: Dolnbai 3.2 kilometers increased many times was the work of the Metro extension to Dedlainbllbgdh began in September 2015. At that time, it was claimed to begin operations till December 2017. Due to land disputes, the work went on slow and the deadline was increased to June 2018. After that, the deadline was fixed on September 2018. After this it was said that it will be run in October. In the end.