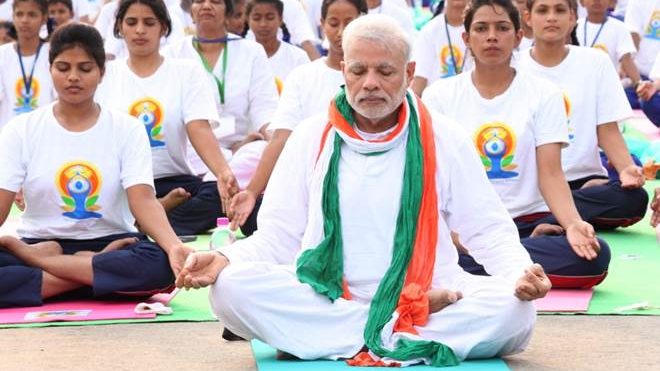 NEW DELHI (Metro Rail News): Traffic officials said, on Friday morning on the occasion of International Day of Yoga. The Delhi Police has asked commuters to avoid Rajpath and its connecting roads as nearly 30,000 people are expected to throng the Red Fort.

They said to ensure smooth flow of traffic in and around Red Fort, motorists are advised to avoid Rajpath and its connecting roads as on Friday up to 10 am huge public gathering is expected at Rajnath.

Traffic may be restricted and diverted on certain roads, according to the advisory.

Therefore, motorists and commuters are advised to avoid certain roads such as Netaji Subash Marg, Nishad Raj Marg, Rafi Marg, Janpath (between MLNP and Windsor), Man Singh Road (Between Q-point and Jaswant Singh Round About), Maulana Azad Road, Rajnath (Between Vijay Chowk and Man Singh crossing), Krishna Manon Marg, Rajender Prasad Marg during Yoga day celebrations from 5 am to 9.30 am.

DMRC officials said seeking to facilitate maximum commuters on the International Day of Yoga, metro services will begin from the terminal stations of all lines on Friday from 4 am.

They said trains will run with a frequency of 30 minutes till 6 am and normal services will resume thereafter.

“Metro services will begin from the terminal stations of all lines from 4 am tomorrow (Friday) to facilitate the public in reaching various venues for the celebrations”, A senior DMRC official said.

The government and other agencies have hosted the activities that have been planned to mark the occasion in the national capital.