Delhi Metro is today the backbone of the city’s public transport system. And it’s growing to become wider and more robust. However, lately there have been glitches – at times trains have got stuck, at other times they have got delayed. What’s worse, its projects are getting delayed, which never was the case with the Delhi Metro. Are these the problems of growth?

Do you think the expansion of Delhi Metro has been able to keep pace with the increase in ridership?

We started very late in Delhi. So, it’s not a question of keeping pace with the traffic. It’s about what we are able to provide. Overcrowding is a problem with all public transport or Metro systems worldwide. During peak hours, you need a huge capacity . Otherwise, utilization of coaches is actually hardly 30 per cent.

This is the international standard. With Phase III, the ridership will go up further. We have already placed orders for more trains and they will start coming from the second half of next year. Once Phase III is over, traffic will get redistributed. But we can’t expect a luxurious situation in the Metro.Leisure journeys are not possible during peak hours.

It seems other public transport hasn’t kept pace with the Metro. Like buses… why?

The number of buses is less than before. That was expected because Metro is there, and it takes the bulk of the traffic. Other transport systems are supposed to supplement the Metro system, not siphon off the traffic. We are not competing. The only thing is there’s a problem with last-mile connectivity. I think there is need for additional buses. The Delhi government has announced plans for 10,000 more buses and that is good.

When will more feeder buses be added? Weren’t 300 to be added by July?

It’s a difficult situation for both us and the feeder bus operators. When a route is started today, the operator is left with a given scenario of a set route and ridership. But a year later, there’s another mode, say e-rickshaw or Grameen Sewa, and it become unviable for him.

These bus corridors are 8-10km long. Ideally, the feeder buses should run for only 3-4km. Right now, we have 238 buses.

Your parking lots are said to be used by people who are not taking the Metro. Can’t you link parking here with the Metro card to prevent this?

The city has a parking problem.When you provide a facility, you cannot insist that only some people use it. We are looking at various ways to streamline the process, such as making parking available through a smart card.One possibility we are looking at – which we don’t know if we can enforce or not – is programme the smart card in such a manner that if the person doesn’t enter the Metro system within a specified period, then the parking charge will double.

Why is the Metro getting hit by technical glitches so often?

I don’t agree with you. In fact, the number of incidents has come down.We have dealt with many issues in a big way . Actually, because the system has grown, whenever something happens, it is felt in a big way. It affects a large number of people.

Every day, there are 300-400 glitches which don’t come to the notice of the public. It’s like your phone which hangs. You restart or reboot. It’s a safety feature, much like those of Metro. Now, sometimes, the rebooting may take time…sometimes it takes twothree minutes in rare cases, it could take 25-30 minutes. In such cases, we have protocols in place.

For instance, in the recent case near Laxmi Nagar, our logs show that the repair work took 22 minutes. But in the 18th minute, people opened the doors.I’m not saying they were wrong…probably the situation was such that commuters had to open the door as it was hot and humid inside. But we had to ensure that everyone was cleared from the tracks. That’s why the system could be restarted only after an hour.

A similar incident took place last year in Udyog Bhawan and the lesson we learnt was that inside a tunnel repair shouldn’t take longer than 15 minutes. If it’s longer, people must be evacuated. But in Laxmi Nagar we had thought because it was elevated tracks people won’t feel insecure. Now we have decided that, depending on the weather, we will implement the 15-minute wait policy all the time. And then evacuate.

Regarding Metro’s Phase III, work on the Mayur Vihar section has stopped.

What’s the new deadline for the section coming up on NH 24?

The Mayur Vihar station is at such a location that traffic cannot be disturbed. Our people are working with the traffic police to work out a way to continue work. At Trilokpuri, work is held up. There is no land and we can’t perform magic. Two years ago, when the land was to be given to us, we had said we would rehabilitate the people.DMRC was to build houses for them on a plot allotted to us but the locals started protesting. Unfortunately, there were elections and then a communal riot in that area, and things got messy .

We are committed to rebuilding their homes wherever they want. But they need to move immediately and stay on rent which we will pay . Give us the land so that we can complete the section in six months – it’s just 80m of a viaduct that we need to build. If this doesn’t happen, we have a Plan B and Plan C.The alignment cannot be changed, so we need to have options in place. If nothing happens, we will run trains till Mayur Vihar. We have introduced a crossover at Mayur Vihar station, which will be used otherwise also under Plan B.

What are the other bottlenecks?

Mayapuri and Punjabi Bagh where there are jhuggis. The issue here is that some people are entitled to rehabilitation while some aren’t. They need to be identified. It’s a policy review and the Delhi government needs to decide. The issue with NHAI has been resolved but obviously it will have an impact on the deadline though we are still committed to the December 2016 deadline.

We keep on hearing about new lines that other NCR states pitch from time to time. Can you tell us if there are any concrete plans?

As of now, we are only going to Ballabhgarh in Haryana and Sector 62 and Greater Noida in UP. There is a lot of talk but nothing concrete. For instance, Haryana Government wants a connection between Faridabad and Gurgaon, and in Phase IV , another connection to Faridabad. We preparing a DPR with alignments and costing, and then the government will need to decide.

How did the turnaround in ridership on the Airport Express Line happen?

I wouldn’t call it a turnaround, but yes, at least the operating cost is being met with the revenue. The entire capital cost still remains but we have managed to run it better. The primary reason is that the cost of operation has been reduced drastically . We run a bigger network and have absorbed the airport line into our system.

There was some talk of extending the airport line to Gurgaon.

We won’t like that because it will not pay back the cost of capital. If we extend it, it will be another Rs 2,000 crore, which will be difficult to recover.There’s not much traffic for Gurgaon, we have checked. So, instead, we have proposed that our normal line – the Blue line – be extended to Gurgaon.The Airport line has different arrangements – it can’t carry as many passengers, is faster and has fewer stations.The normal metro will have more stations and will benefit more people.

Are we looking at a hike in Metro fares in the near future?
It’s overdue. Besides greater revenue, it will solve a big issue for us: that of providing coins. Right now we have a fare of Rs 8 and so on. We will fix denominations of Rs 10 etc, much like Chennai metro. The moment the fare fixation committee is appointed, we will start the process of calculating how much of a hike we need. 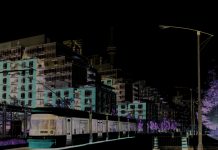 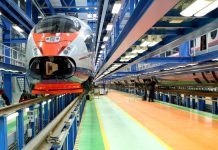