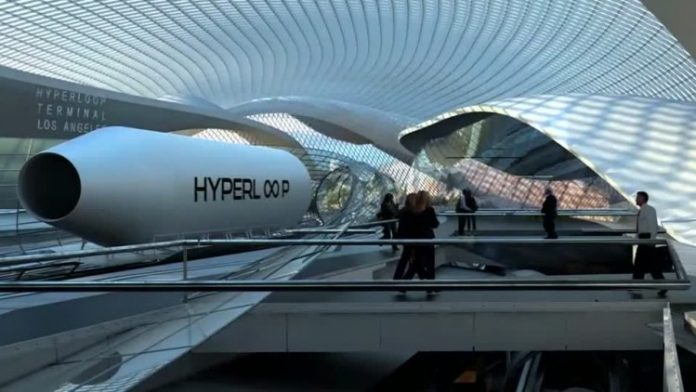 According to a source it stated that Richard Branson had approached Gadkari who is well known for his honesty to raising new technologies, to develop a 1,300 km line between the Delhi-Mumbai. Virgin Group executives are in India for the next couple of days and are meeting many stakeholders for the Hyperloop technology, the person said.

Hyperloop use magnets to levitate pods inside an airless tube, creating conditions in which the pods can shuttle people and freight at speeds of up to 1,200 kmph.

“Senior executives from the Virgin Group have met the transport minister to discuss this,” the person cited earlier told.

“The talks are at a very preliminary stage, and they may submit a formal proposal to Gadkari.”

Gadkari also indicated while speaking at a public event on Thursday that he had met investors earlier in the day and explained a bullet train-like project.

Earlier Virgin Hyperloop proposed Pune-Mumbai link project was approved by the BJP govt in the state last year. The first phase of the plan entailed around 11.8 km long track. The project would have needed up to $10 billion in investment and up in 2.5 yrs to be finished. Last month, the Uddhav Thackeray-led state govt decided against implementing it amid doubts about its capsule technology, which is not yet operational anywhere in the world.

“We cannot experiment with hyperloop. We will concentrate on other modes of transport and, in the meantime, if that technology develops more with successful trials abroad, we can think about it,” Maharashtra’s deputy CM Ajit Pawar had told in a recent statement.

An official said it could be visibly challenging to develop a 1,300 km long track at this point when not even 1 km work is operational anyplace in the world. Richard Branson’s diversified conglomerate Virgin Group has interests in aviation, hospitality, music, telecom and space travel.

Giving feedback on the development, Virgin Hyperloop a spokesperson said “Virgin Hyperloop One is committed to India and the State of Maharashtra. We are actively engaging with the Maharashtra Government as per the standard due process for the Mumbai-Pune hyperloop project. When we came to India, we had the vision to connect all Tier One cities in under 2 hours. Delhi-Mumbai is a part of that national vision, but our focus on moving forward with the Mumbai-Pune project to the satisfaction of all concerned stakeholders.”