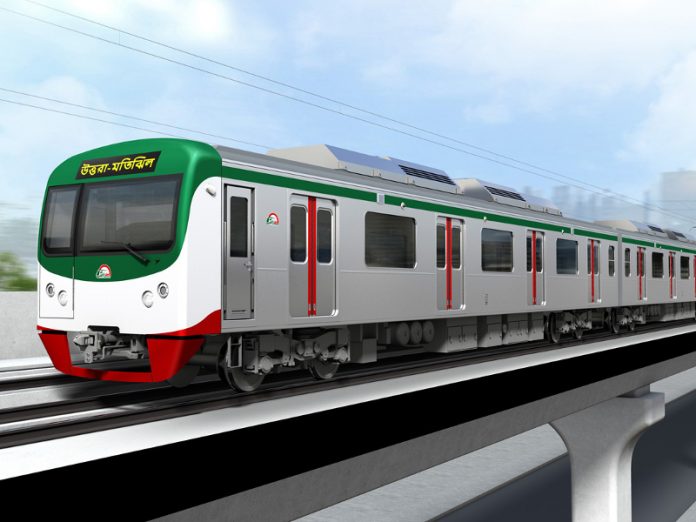 DHAKA (Metro Rail News): The Dhaka Metro rail, factory trial run of the 1st train built for the Dhaka metro rail project begun in Japan, according to a Facebook post of the Dhaka Mass Rapid Transit Company Ltd on Wednesday

Later concluding all the necessary factory tests the train is scheduled to reach Bangladesh on 15th of June as per the post. The rail is composed of 6 coaches built of stainless steel and commuters range of 2,308.

DMTCL posted a video on their Facebook page that confirmed that the train painted with the colour red and green was running in a factory in Japan. The company is executing the project of the 20 km long elevated rail service on the mass rapid transit line six.

The expected expense of the metro project is over Tk 21,985 cr of that Japan International Cooperation Agency (JICA) is providing Tk 16,594 cr as assistance and the govt is bearing the rest.

Project officials stated that around 40% work of the project had been finished as of 31st of Dec 2019.