Apart from Delhi, in some other cities of the country, Metro is also making people’s life easier at their own pace. The speed of the metro has not only reduced the distances but also provided a very comfortable way of transportation to the people. E. Sreedharan, who is known as Metro Man, played a key role in bringing this revolution in the country as a metro. He was born on June 12, 1932. Let’s know today we find some interesting things related to them … After completing engineering studies, Metro Man taught at ‘Government Polytechnic’ in Kozhikode. There he used to teach civil engineering subjects. After this he worked as a trainee in the Bombay Port Trust. In 1953, he passed the Indian Engineering Service (IES) examination and in December 1954 he was appointed as the Probationary Assistant Engineer in South Railway.

Contribution In Metro And Railway Industries 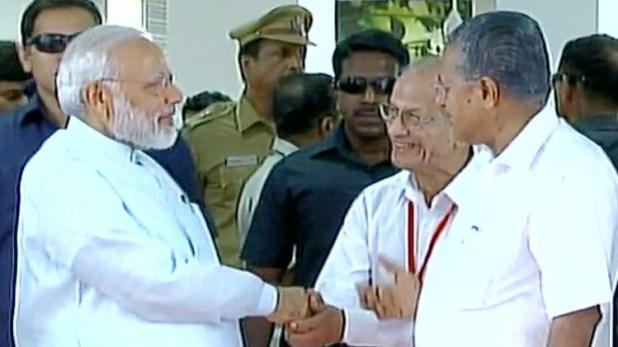 Konkan Railway: In July 1987, he was made General Manager in Western Railway and in July 1989 a member of the Railway Board. He was about to retire in 1990 but he was appointed on contract for the post of Chief Managing Director of Konkan Railway. The Konkan Railway project created several records under his leadership.

Other Metro:
In 1997, he was made the Managing Director of Delhi Metro Rail Corporation (DMRC). His age was 64 years at that time. The then Chief Minister of Delhi Sahib Singh Verma had appointed him.After retiring from the Delhi Metro, he was appointed Chief Advisor to the Kochi Metro Rail and Lucknow Metro Rail. He has worked to advise the Jaipur Metro and he is also associated with other Metro Rail projects being created in the country. These include two proposed Metro projects of Andhra Pradesh-Visakhapatnam and Vijayawada.

Metro Man Title
After the success of the Delhi Metro and the work that was developed by Sreedharan, there was a lot of discussion of his name and achievements in the media and he was given the informal title of ‘Metro Man’.

E.Shridharan has been honored with many awards and honors for his achievements, in which some are important.

Books on his professional life

There are two books written on his biography, the first book titled as “India’s Railway Man – A Biography of E. Sreedharan” is written by Rajendra B. Akhlekar has worked with most of the news paper like Mumbai, Hindustan times, Mid-Day,  The Sunday observer, and The Daily with having 21 year of experience.

And the second book titled as “Karmyogi – A biography of E. Sreedharan”, written by M.S. Ashokan and published it on 24th December 2015 by portfolio. who is one of the known journalist of India  having more than 20 years of experience who lived in Kochi.