On April 18, 2019, The company took a small step toward making the Loop a reality: It published a sprawling, 505-page draft environmental assessment. The report, published in conjunction with an alphabet soup of federal, state, and regional agencies, is required under environmental laws.

The underground route would be 30 to 44 feet below the surface and most parts of it will resemble the Baltimore-Washington Parkway.

On completion, the two tunnels will allow autonomous Tesla vehicles to zip at super speeds of 150 miles per hour. The number of riders would be restricted to 1,000 riders per day in the initial phase and the numbers would increase after intermediate loop stations add up.

The privately funded Loop would carry passengers between downtown Baltimore and Washington through twin 35-mile tunnels 30 to 90 feet below the surface. Battery-powered “autonomous electric vehicles,” or AEVs, would shoot passengers at speeds up to 150 mph, completing the trip in approximately 30 minutes.

Seventy ventilation shafts, housed in nondescript brown huts built on the surface of the route, would help passengers breathe—and serve as emergency exits. Fares would be “comparable to public transportation,” the company writes.

According to the report, the time table for two tunnels including excavation of 2,000,000 cubic yards of soil would be 20 months.

The construction work covering stations and two 70 ventilation shafts would take 23 months. The project is expected to kick off after environmental review and regulatory approvals which may come within this year.

Competition from other transportation options

The company says the project is needed because the wider DC region is plagued by terrible traffic. But the company notes that the Loop would face competition from many other transportation options: highways, including I-95; intercity buses; trains from Maryland Rail Commuter Services, or MARC, which transports riders between DC and Baltimore in just over an hour; and Amtrak.

It might need a set of purpose-built regulations for its new tech, approved for the Federal Railroad Administration. And it would be subject to a handful of public comment periods—the first of which began Thursday with the posting of the draft assessment. (Go ahead! Submit your public comments here!)

The Boring Company’s technology hasn’t been fully demonstrated, and the company is still working to speed up tunnel boring tech and reduce the costs of digging tunnels. In December 2018, Musk showed off a 1.1-mile prototype of the Loop system in a SpaceX parking lot in Hawthorne, California—a prototype that wasn’t quite finished.

Company fans, reporters, and government officials offered rides on a Tesla Model X mounted in the test tunnel said the trip was notably bumpy; the vehicle only hit speeds of 50 mph. (Unimpressed transportation officials from Virginia reportedly called the system “a car in a very small tunnel.”)

“The bumpiness will not be there down the road,” Musk told the Los Angeles Times in December. “It will be as smooth as glass. This is just a prototype. That’s why it’s just a little rough around the edges.”

The Boring Company’s other ventures have been mired in politics and bureaucracy. The company abandoned a proposed Loop project in West Los Angeles after a legal challenge from a local neighborhood association. Its high-speed airport connector in Chicago, once championed by outgoing Mayor Rahm Emanuel, faces an uncertain future after the city elected a new mayor who has not been shy about her opposition to the project. Two other projects—one small system inside the Las Vegas Convention Center, and another proposed Loop to Dodger Stadium in LA—are also making their way through local approval processes.

Criticism of over-promising by Boring company

However, many analysts are skeptical about how Boring Company would deliver on the timelines. Musk’s company is known for offering awesome delivery dates and aggressive timelines. But the ground reality is quite different.

One example is the company’s deal with the city of Chicago to build a high-speed tunnel. The project of underground transportation loop was to connect downtown Chicago and O’Hare Airport for 18 miles.

Despite the promise, nothing has progressed.  A year later the Chicago project is nowhere near approval.

“I would consider it dead,” commented Gilbert Villegas, alderman for 34th Ward.

Villegas said despite a team of smart, young engineers, digging tunnels in such tiny periods would be too ambitious.

Rebuffing criticism that the Baltimore tunnel plan is car-centric and is drifting away from the Hyperloop model, Musk’s infrastructure company backers point to the varied benefits.

A Teslarati blog also extrapolated the tunnel plan as a prelude to the loop system in the East Coast. It said, if approved, the Boring Company will be tasked with building a hyperloop system for the D.C.-Maryland route.

That loop will press into service autonomous electric vehicles that can transport passengers at speeds of 150 mph. It claimed that East Coast tunnels will be compatible with hyper-loop technology and may allow speeds of over 600 mph for passenger commuting. 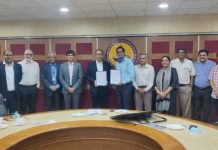