New Delhi, Metro Rail News: The year 2018 was eventful for the Indian Railways’ public sector undertaking Ircon International Ltd (Ircon), which launched its initial public offering in September. It also figured in the list of top 250 international contractors as per the Engineering News-Record of the US. In an interview, Ircon chairman and managing director S.K. Chaudhary about the company’s focus areas in 2019. Edited excerpts:

Ircon will focus on global projects for better returns in 2019: S.K. Chaudhary

Ircon would like to expand its horizon in the infrastructure sector not only in India but in the overseas market as well, and improve its bottom line, although the existing canvas of Ircon is wide and colourful. Ircon has been entrusted with several strategic projects of national importance, too, and would like to expand its contribution in nation building and align with the priorities of the government. Our focus areas in 2019 would be railway line doubling and electrification, more EPC (engineering, procurement and construction) and HAM (hybrid annuity model) projects in highway sectors and winning some top international projects which give better returns.

Indian projects versus foreign projects, which is better?

How is the progress of the Nepal projects, which Ircon is executing?

Ircon is currently executing two projects in Nepal: one, construction of a new broad gauge railway line between Jogbani (India) and Biratnagar (Nepal), which is likely to be commissioned by December, 2020. Two, between Jayanagar (India) and Bardibas (Nepal). In the first phase of work, tracks have been laid from Jayanagar to Kurtha, Nepal (34km). Apart from laying new lines, Ircon is also developing stations on this route. The remaining portion of the project is planned to be executed in two phases, that is, Kurtha-Bijalpura and Bijalpura-Bardibas, and is likely to be commissioned by February 2020 and March 2021, respectively. Both are strategic projects and will help strengthen Indo-Nepal ties.

What are the challenges for the Jammu and Kashmir railway project?

The Jammu and Kashmir rail project from Udhampur to Baramulla (272km), was envisaged to provide an alternative all-weather connectivity to the state of Jammu and Kashmir. Ircon is executing an 188km section, out of which 136km has been commissioned and train services from Baramulla to Banihal are in operation. In this section, Ircon has constructed the longest tunnel of 11.15km. Presently, Ircon is executing 113.75km tunnels out of which 70.60km is completed.

This project is perhaps the most challenging project ever undertaken in the history of Indian Railways. The alignment passes through thick forests, deep gorges, and criss-crosses numerous rivers and rivulets. Most of the length was inaccessible.

There are several reports that Ircon has completed various projects before time. Is it the case?

Yes. Ircon has completed a dozen projects before time in the last three years and it’s a big feat.

In fact, in the 42 year-history of Ircon, not a single project has been left incomplete, which is commendable considering the trend in the construction industry.

How many coal connectivity projects is Ircon implementing and when will be they be completed?

Coal connectivity projects are being developed by forming joint venture companies with the states governments, coal or mineral companies and Ircon. Ircon holds an equity of 26% in all these JVs and has secured 100% of construction works involved in these projects. At present we have five projects in Chattisgarh, one in Odisha and Jharkhand each. These connectivity projects are worth ₹15,800 crores and are expected to be completed by 2021-2022.

India Railways has an ambitious target of 100% railway electrification. Is Ircon eyeing it since it has expertise?

Ircon is the only Indian PSU which has executed works more than 6,000 track km of the railway electrification for the Indian Railways. Another 736 tkm of electrification work is in hand which is likely to be completed by 2020. There is only one company in the private sector which has the experience of more than Ircon. We are definitely keen and ready with men and machineries for availing this opportunity. Further, Ircon has wide experience of railway electrification work in foreign countries like Turkey, Algeria and South Africa. 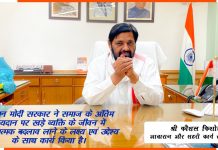 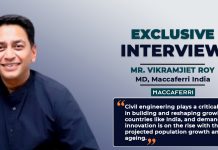