The Ministry of Housing & Urban Affairs (MoHUA), Government of India has recently issued Standard Specifications of Light Urban Rail Transit System ‘Metrolite’ train in various smaller cities of India. You can download the original standard specifications (policy circular and guidelines) for the Metrolite from the link given at the end of the Index.

The metro rail system being developed at present is of high capacity which is required for , bigger cities with very high ridership and Peak Hour Peak Direction Traffic (PHPDT). Seeing the success of metro rail in the country, several other cities with lower projection of ridership are also aspiring for rail based mass rapid transit system, which could be fulfilled by Light Urban Rail Transit System named “Metrolite” with lesser capacity at much less cost. ‘Metrolite’ would also act as feeder system to high capacity Metro. In addition to less capital cost, the operation and maintenance cost of Metrolite would also be less making the system more viable.

a) As far as possible, At-Grade alignment need to be planned to bring down the civil construction cost and time.
b) The system shall have a dedicated path separating the road traffic with Metro lite system
c) For segregation with road traffic, continuous plinth/Fencing can be provided on either side of network.
d) Shelter platforms shall be planned in a staggered manner in alternate side for Up and Down lines to reduce the actual road space. In this plan, road width occupied shall be minimum 8.S m.
e) The road width occupied by the system “AT GRADE” for both up and down lines is minimum 7.6 m outside Metrolite shelter location.
f) In case the road width does not permit, one line only can be provided on a particular road and the other line can be provided on a parallel road also.
g) The road width occupied by the system “AT GRADE” for single line is minimum 3.5 m outside shelter location and minimum 5.5 m inside Metrolite shelter.
h) As an alternative, entire road can be closed for road transport and only train can be operated with pedestrian plazas.
i) Conceptual layout of the At-grade Metro Lite shelter is attached with Annexure I & II with this report.
j) Platform width of minimum 1.12 m (NFPA -101) shall be proposed on either side of the track.
k) Metro Lite shelter roof can be optimized to 1I3rd of train -length in the platform area instead of providing roof in the entire shelter length.
I) Zebra crossings shall be provided on either side of the platforms for passenger movement from the side footpaths, m) Respective municipal corporations shall identify all possible paths for providing at-least single-track operation of Metrolite trains between two parallel roads.
n) Ring network shall be planned to reduce the headway.
0) Only at the location of cross-overs, signalling equipment rooms are required at the nearest Metrolite shelter. This equipment shall be planned in an underground container below the platform with required access and ventilation.
p) AFC gates, Platform screen doors, X-ray baggage scanner and DFMD are not suggested in the Metrolite shelter. This will remove any signalling and PSD equipment rooms in the Metrolite shelter platform making it un-attended shelter.
q) Ticket validators could be installed inside the Metrolite train and shelter with NCMC / other ticketing systems.
r) With random checking, heavy penalty shall be levied on the passengers without a valid ticket in the system.
s) Road traffic system:- Integrated road and rail signalling system to be provided with priority for Metrolite system. Traffic marshals can be posted initially at crossings to enforce discipline.

a) Elevated Metrolite system shall be planned only when At-Grade system is not possible.
b) Road space occupied at the median shall be maximum 2.2 m for Piers.
c) Platform width of 1.12 m shall be proposed on either side (NFPA 101).
d) Concept of Concourse shall be avoided and only Platforms shall be used for passenger area. Station will be at a single level platform with an under-bridge (FOB) below the rail level
e) Access to the Underbridge (FOB) could be planned with one entry/exits on the road. Vertical clearance of FOB shall be maximum 5.5 m above road level and shall be used for road crossing for general public.
t) Conceptual layout of the elevated station is attached with Annexure -2.
g) Station area can be planned with more natural lighting and natural ventilation instead of heavy closed structures.
h) AFC gates, Platform screen doors, X-ray baggage scanner and DFMD are not suggested in the Metrolite shelters. This will remove any signalling and PSD equipment rooms in the station platform making it un-attended station.
i) Ticket validators could be installed inside the train and in shelters with NCMC or
other ticketing systems.
j) With random checking, heavy penalty shall be levied on the passengers without a valid ticket in the system.

a) Rail Gauge to be adopted is standard gauge of 1435 mm width.
b) The track curves of radius up-to 25 m shall be adopted.
c) Ballast-less track proposed in elevated sections and embedded track on road for At-grade sections
d) Concealed Point machines for operation of cross-overs shall be provided below the embedded tracks.

a) Metrolite trains with a maximum 12T axle load are to be adopted for passenger PHPDT capacity from 2,000 to 15,000.
b) Unit shall consist of three non-separable coaches with a low floor height of about 300-350 mm. Unit length shall be of minimum 33 m.
c) The track curves of radius up-to 25 m are adopted. Hence, the car body width of of2.65 m is to be adopted as the standard dimension.
d) The car structure material shall be stainless steel or Aluminium.
e) The train configuration will he of 3 car unit. Number of additional coaches of train may be decided by the Metrolite authority based on PHPDT in the initial design stage itself.
f) Train shall be capable of carrying full load passengers up-to a gradient of 6%. Individual metro authorities can decide the gradient requirements based upon the site conditions as Metrolite is predominantly planned At-grade.
g) Up-to 300 number of Passenger loading for 3-coach train unit. @ AW31 loading conditions.
h) Train shall be capable of travelling in elevated, at grade and tunnel sections.
i) Motorisation – Minimum 50 % motorized axles for the unit of 3 nonseparable coaches.
j) Maximum operational speed is 60 KMPH.
k) Safety certified Obstruction detection system shall be employed for the trains.

The type of evacuation for trains is sided evacuation in between both the tracks.

Due to the lesser radius of curvature of trains (25 m), the size of the depot will be considerably lesser than that for Metro-railway depots.

a) Traction system shall be 750 V DC Over-head catenary system or embedded third rail system.
b) Catenary free technology may also have opted in short stretches were ever absolutely needed.
c) Respective cities shall decide the location and availability of the DC sub-stations
required for Metrolite system.

a) CBTC shall be the technology to achieve the Signalling & Train Control. CBTC medium shall provide Train to OCC Rolling Stock Information transmission.
b) Metrolite System having exclusive Right of Way shall require a full complement of Signalling & Train Control (CBTC (GOAl – ATP only), ATS & Interlocking’s) primarily because of:
i) Derailment prevention due to Over Speeding, especially when it is an Elevated and At Grade Section.
ii) Route directions
iii) When more than one Train is required to run in one Section due to better Headway requirements/ De-congest.
c) CBTC shall allow minimising of wayside cabling requirements.
d) CBTC system shall be provided with cab signalling and shall be interfaced with Road signals.
e) CBTC system shall be with safety certification of SIL4 level.
f) In case of failure of On-board ATP, train operation shall be done as per provision of MRGRI/modified MRGR for light metro.
g) No fall back system is recommended as it is required to avoid equipment at the road level. In any case, even with the failure of On-board signalling, the speed is restricted to 25 Kmph. Signalling shall be available in only one cab and with redundancy within the single ATC cabinet inside the cabin.
h) To reduce the cost of CBRC implementation, the following is suggested:
– Instead of having Distributed Interlocking’s at various Stations, Centralised Interlocking at OCC with Object Controllers at Point/Crossing Stations shall be planned.
– Reduce the number of On-Board ATP by having a Single ATP Unit for the whole Train.

(a) The system uses CCTV cameras in platforms and train communication through Tetra radio.

a) AFC gates, Platform screen doors, X-ray baggage scanner and DFMD are not suggested in the Metrolite shelters. This will remove any signalling and PSD equipment rooms in the station platform making it un-attended station.
b) Ticket validators could be installed inside the train and in shelters with NCMC / other ticketing systems.
c) With random checking, the heavy penalty shall be levied on the passengers without a valid ticket in the system.

a) For larger quantities (ex More than 100 coaches), the concerned metros may look at the possibility of stimulating local manufacturing of coaches and sourcing of certain components to the extent possible.
b) Systems equipment and technology should be modular such that indigenization is possible.

Download the Metrolite Standards issued by the Govt. of India 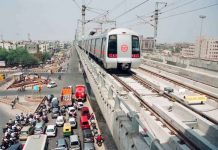 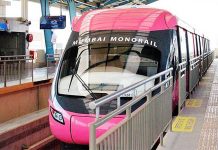 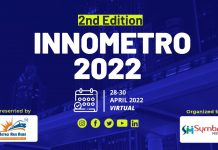