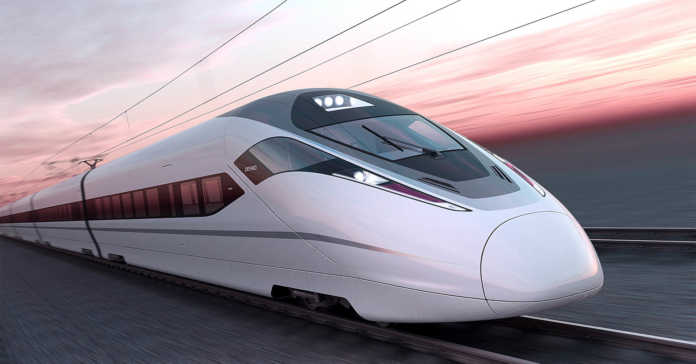 On 15 June Haryana government agree on High speed rail transit project which will connect the  transportation facility of people residing area between Sarai Kale Khan in Delhi to the Rajasthan –Haryana border area near Shahjahanpur –Neemrana –Behrrod.This was  one of the result of discussion held in recently meeting Chaired by Minister Manhor Lal Khattar.In this meeting they were discussion on  done on several issues .In which Haryana government gave its nod for High –speed rail transit through which they will get most beniffited.

This project covers 100km from Delhi to Haryana-Rajasthan border, project cost for  phase 1 is approximately Rs 25,000 crore at which will connect the line till Shahjahanpur-Behrod.The project will start from an elevated  section Delhi region which will run from Gurgaon to Lt Atul Katarya chowk by enhancing the route to signature tower chowk  and proceeding to NH-48 upto Rajiv Chowk an official data says .

Further it would emerge  the above the ground even up to IMT Manesar and  moves underground beyond Kherki Daula  and alignment would move along the highway before entering to Rajasthan through Dharuhera, Rewari and Bewal.

The Project is carrying out by NCR Transport Corporation (NCRTC), with a joint venture of the government of India and government  u.p, Haryana, Rajasthan and Delhi.the project work will start from by March 31, 2019 and complete project report will be detail project report (DPR) by NCRTC.

This project will also work along Dwarka  Expressway till sector 2. All techno feasibility  study will be done by Haryana Mass Rapid Transport Corporation Limited (HMRTC). Gurugram Metropolitan Development  (GMD) Authority will construct two line which will connect along new road  from Basai Chowk till dividing road of sector 101/104.