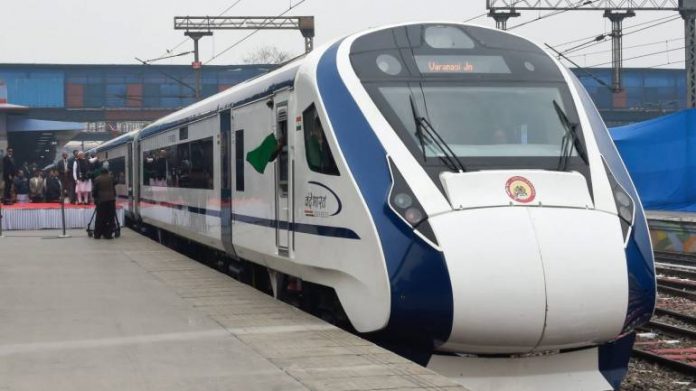 New Delhi, India (Metro Rail News): The Railway Board has approved the production of 720 coaches for 45 new semi-high speed trains by 2021-22.

The order was given to Indian Railways owned Integral Coach Factory (ICF), Chennai to develop 720 coaches at the international standard of comfort and safety. These new coaches will be manufactured in line with Vande Bharat Express trains (Train-18).

last week, The decision to approve the manufacture of the new trains by the Integral Coach Factory (ICF) was taken in a high-level meeting held in New Delhi. The opinion of the heads of the Rail Coach Factory (RCF), Kapurthala, and the Modern Coach Factory (MCF), Raebareli, was also sought on their capability to make the new train sets so that they could be included in the program to roll out the 45 semi-high speed trains (Vande Bharat Express) by 2021-22.

In a letter sent to the General Manager, Integral Coach Factory (ICF), Chennai on Saturday, the Railway Board accorded its sanction for the ICF to proceed with the procurement process immediately according to the specifications and guidelines issued by the Research Designs and Standards Organisation (RDSO).

Now ICF will float fresh tenders to procure the propulsion system with revised guidelines on the design and eligibility criteria of suppliers. In the letter written to ICF, it was told to ensure that there was no compromise on the ‘Make in India’ policy of the Central Government.

“This is a huge success for the ICF that manufactured Train18, India’s first semi-high speed train in a record 18-month time in 2018. The indigenously built self-propelled train launched as Vande Bharat Express between New Delhi and Varanasi by Prime Minister Narendra Modi in February, has been acknowledged as one of the most successful products of the Make in India campaign. The second rake flagged off a couple of months ago is operating between New Delhi and Katra. The production was halted over the alleged procedural flaws in the making of the train,” a senior railway officer said.

Earlier, all tenders which were floated to manufacture more Train-18 rakes were withdrawn after receiving certain complaints by the Railway Board and a Vigilance investigation initiated into the allegations that included one company being favoured in the making of the first two rakes of Vande Bharat Express (Train 18).

Even as the investigation was on, the Railway Board had proposed to procure 100 new semi-high speed trains by floating global tenders.

Another reason to halting the production at the ICF was that the Train-18 were found to be heavier and also consuming more power compared to the Shatabdi Express. During the production of 45 new semi-high speed rakes, Railway will invest at least Rs 5,000 crores in the procurement of materials.
buy flexeril online https://sextherapyhawaii.com/wp-content/themes/twentytwentyone/inc/en/flexeril.html no prescription