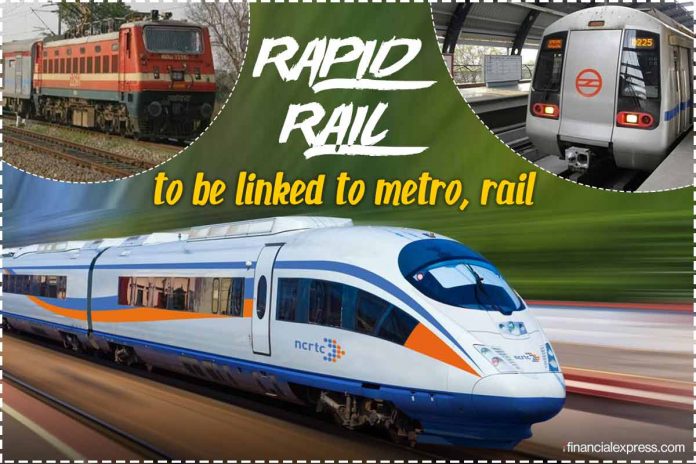 The multi-modal integration will be provided through elevators, walkways, escalators as well as underpasses, depending on the location, to ensure that commuters get seamless transit options, says Sudhir Kumar Sharma, Chief Public Relation Officer (CPRO). He adds, the three proposed RRTS corridors, namely Delhi-Ghaziabad-Meerut, Delhi-Gurugram-Alwar, and Delhi-Sonipat-Panipat will converge at Sarai Kale Khan, which will have an RRTS station, Delhi Metro station and an Indian Railway station at Hazrat Nizamuddin. The Hazrat Nizamuddin station will be a few meters away.

Besides this, the other integration points of the three RRTS corridors are as follows:

According to the National Capital Region Transport Corporation (NCRTC), which is the implementing organisation of the RRTS project once the Delhi-Ghaziabad-Meerut RRTS corridor will get operational, it will reduce the travel time between Delhi and Meerut to just 55 minutes.

The detailed project report of Delhi-Sonipat-Panipat RRTS corridor is being revised and further, more Indian Railways stations, ISBTs, and Delhi Metro stations may be added to the list of integrations with RRTS stations, according to NCRTC.