INDORE (METRO RAIL NEWS): The Indore Metro Rail Initiative, an ambitious project of the Madhya Pradesh government, is no exception. After two years of obstacles, the project’s first pillar of hope was erected near the MR-10 bridge.

On Saturday, the first pillar (pier) of the elevated corridor in the iron framework of P-3 was filled with cement concrete, marking a significant milestone for the project. The long shroud of sadness over the project has evaporated with this.

The company Buildcon has been awarded a contract for a metro elevated route for 230 crores.

There is a chance that the metro rail of expectations will start running on time in Indore, and that it will be joined by the development rail of the state’s commercial capital.

In reality, two years ago, the Madhya Pradesh Metro Rail Corporation Limited (MMRCL) awarded the contract for a 5.29-kilometre elevated route between the MR-10 Bridge and Mumtaz Bagh Colony on Ring Road.

For roughly 230 crores, Dilip Buildcon, a well-known construction company in the country and state, was awarded this contract. This elevated corridor will begin at the MR-10 Bridge and proceed along Ring Road at Chandragupta Square, Sukhlia, Meghdoot Garden, Vijay Nagar Square, and Radisson Square till it reaches Mumtaz Bagh Colony.

The company’s contract’s two-year time term had already expired, but in order to begin the project, the government extended the same company’s work duration until August 2023, without having to tender again. 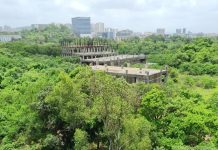