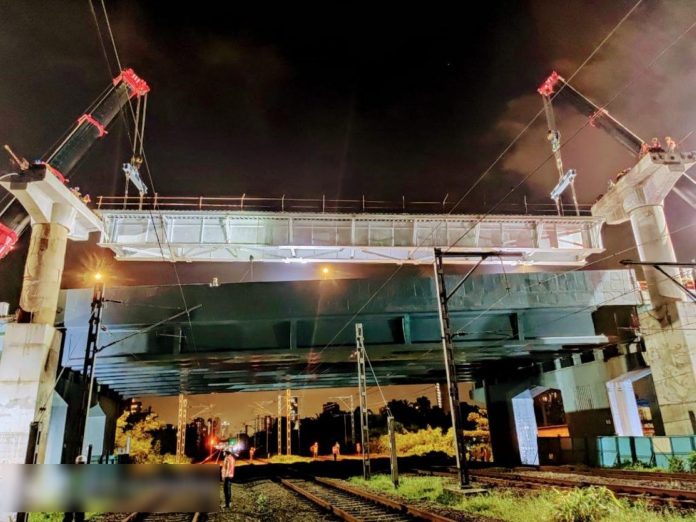 Launching works over 4 sets of tracks started at 12:15 am and ended around 2:30 am, well inside the 3.5-hour mega railway block that was scheduled to end at 3:45 am. Two of the three girders had already been pre-assembled together prior to getting launched.

“This section of Line-2 is crucial for Line-7’s operations as well since its BEML train-sets for the foreseeable future will be stabled at Line-2’s Charkop Depot in Malvani as work on Line-7’s Dahisar Depot hasn’t been able to start yet due to pending land acquisition”, one official said.