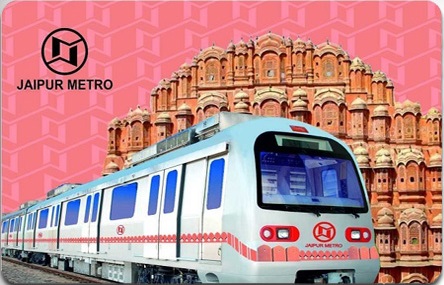 Jaipur: A public online survey conducted by the Jaipur Metro Rail Corporation (JMRC) recently revealed that majority of commuters believe that the Metro route between Mansarovar to Chandpole is short of public expectations.

To improve services and enhance the utility, the JMRC survey was conducted after Jaipur Metro completed its one year. In a three-week survey, 464 residents participated online where they submitted their suggestions and observations.
Nearly 53% participants mentioned that existing route has failed to provide the first and last connectivity. The report reads, 32% of the participants have expressed that the existing route is short, while 21% mentioned that commuters have to switch to more than two modes of transport to reach their destination if they opt for the Metro route.
Also, 18% of the participants are on the side of providing economical and better feeder services. Other suggestions include, developing of green-spaces and retail outlets in Metro stations. JMRC director (operations), C S Jeengar said, “From June 3 to 23, a survey was conducted from the commuters to improve the services. After receiving their feedback, we would soon improve the feeder services at every station. Work to develop green spaces has also been initiated.”
The survey revealed 87% of the participants were Metro commuters, while 13% commute in their own vehicles. “Maximum numbers of commuters are government employees (38%) and students (21%) remain the second highest. Remaining (21%) are private businessmen and others.”
Daily Updates from Metro & Railway