New Delhi (Metro Rail News): The Indian Railways will begin its Kisan Rail services to transport perishables from Friday, it said on Thursday, adding the first such train, carrying vegetables and fruits, would run between Devlali in Maharashtra and Danapur in Bihar.

Finance Minister Nirmala Sitharaman had announced this initiative in her Budget speech earlier this year envisaging setting up of a ‘Kisan Rail’ through the public-private-partnership (PPP) model for a cold supply chain to transport perishable goods.

“As announced in the current year’s Budget to start “The Kishan Rail” for providing a seamless supply chain of perishable produce, the Ministry of Railways is introducing the first Kisan Rail from Devlali to Danapur on August 7 at 11 am on a weekly basis…,” the ministry said in a statement. The train will reach Danapur at 6.45 pm on the next day, covering 1,519 km in 31.45 hours, it said.

Central Railway, Bhusawal Division is primarily an agro-based division and Nasik and the surrounding region produces huge quantities of fresh vegetables, fruits, flowers, other perishables, onions and other agro products.

These perishables are mainly transported to areas around Patna, Allahabad, Katni, Satna and others.

“Aggressive marketing is being done with local farmers, loaders, APMC and individuals. Wide publicity is being done in print and electronic media. Demand is being aggregated and it is expected that the train will be patronised well and will be a great help to the farmers, as the freight of this train will be charged at ‘P’ Scale,” the statement said.

The proposal to use refrigerated parcel vans to ferry perishables was first announced by then railway minister Mamata Banerjee in the 2009-10 Budget. However, it failed to take off. 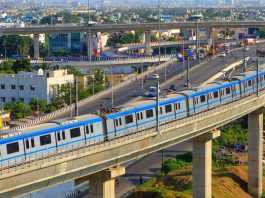 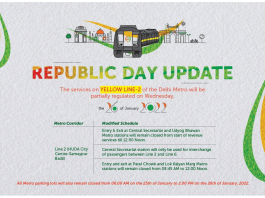 Delhi Metro services to be ‘partially regulated’ on January 26, 2022