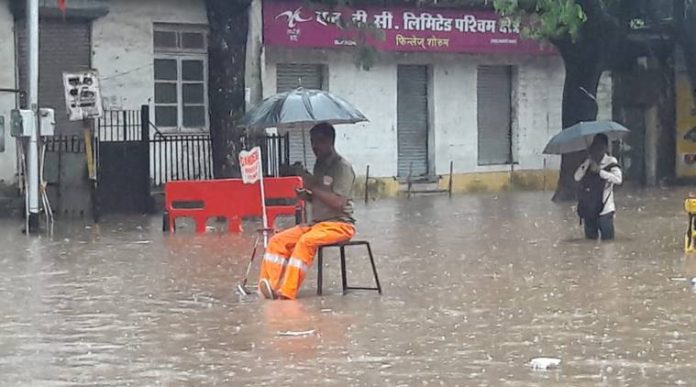 KOCHI (Metro Rail News): Last year after dangerous waterlogging in the city the followed through harsh criticism has set the Kochi Corporation on guard this period around all the councillors over party lines admit that still so much to be completed before the monsoon.

To resolve to waterlog, a meeting of all the agencies taking actions with Kochi Metro Rail & the district administration would be held shortly to review efforts & to evaluate the work done stated by Mayor Soumini Jain.

A 24-hour help desk working in coordination with the existing COVID-19 help desk would be set up to interrupt immediately when any issues happen related to rainfall.

Councillor representing Gandhinagar, Poornima Narayan said that problems are still unresolved unless the bund built on the Chilavannoor lake was destroyed the neighbouring areas would remain to drown in rainwater.

AS the normal water flow is blocked by a bund but water from many other channels collects at Chilavannoor. K.J. Antony, opposition leader stated that the range where the Perandoor canal drains into the backwaters near the Vaduthala bridge has still not been desilted. Furthermore, the field where the Kalvathy canal drains in the sea is gradually silted resulting in waterlogging, he further added.

As per V.P. Chandran, LDF councillor, in the last 6 yrs about Rs 120 cr has been given on work to fix waterlogging but there is no definite plan in place.

She further added that the concerned of agencies must not move away from its responsibilities. While work has been improving well, unscientific construction work with the of footpaths is mostly responsible for waterlogging, Ms Jain said.