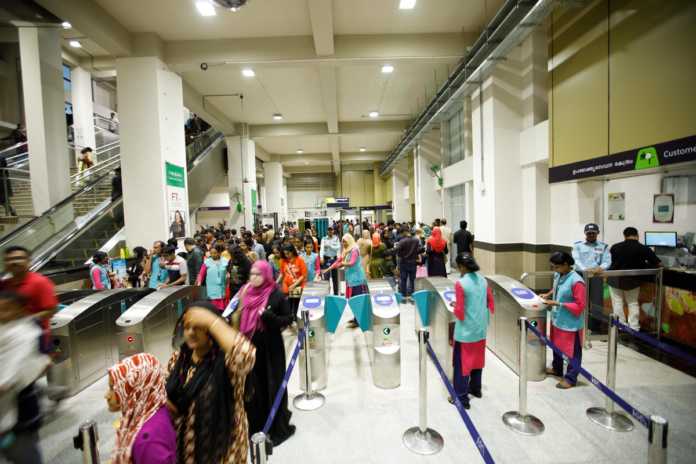 Kochi: Kochi Metro elevates itself into a shopping circuit with the second interconnection with The Chennai Silks. It’s a major milestone in the history of the 56-year old establishment, which is celebrating its 10th anniversary in Kochi this year.

It was indeed a day to rejoice for every shopaholic Kochinite when Chennai Silks, MG Road Kochi will become the second business establishment to connect with Kochi Metro as per the interconnection policy approved by Kochi Metro Rail Limited.

Commuters travelling via MG Road Metro station will now be able to shop at the favorite store. In fact, it is an additional reason to travel in a metro as you get to shop and ride in a comfortable, air-conditioned metro coach.

On Sunday, amidst fanfare and celebration, Chennai Silks opened its showroom. Cultural event was part of the inauguration ceremony.

Here are some of the glimpses from the event:

Kochi Metro recently completed one year and marked the anniversary celebration with several contests and cultural fest. Metro officials are making sure that they keep commuters interest in mind in order to motivate more people to take to metro over private vehicles or other means of public transport.
buy caverta online https://www.mydentalplace.com/wp-content/themes/twentytwelve/inc/en/caverta.html no prescription

With opening up of a new showroom, commuters can look forward to shopping at the metro station itself.