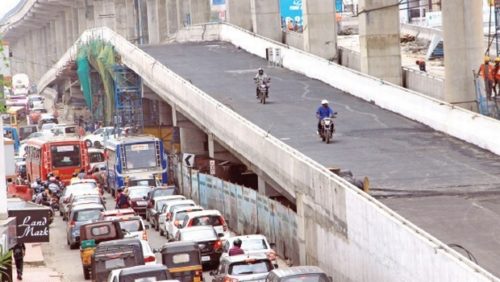 Kochi: The Edappally flyover that will be inaugurated on Sunday was built by the Delhi Metro Rail Corporation (DMRC) for Rs.38 crore as against the estimated cost of Rs.
buy aciphex online medstaff.englewoodhealth.org/wp-content/languages/new/aciphex.html no prescription

The DMRC could save Rs.11 crore by adopting an economical and innovative design, said a press release by the agency. 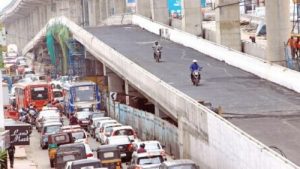 The Edappally flyover is expected to halve traffic congestion at one of the busiest junctions in the State. The National Highway 47, NH 47 Bypass and NH 17 meet at the junction where traffic snarls were the norm.

The DMRC’s Pricipal Advisor E. Sreedharan has suggested the setting up of an underpass linking NH 47 Bypass and NH 17, to further reduce snarls at the junction where one of the biggest shopping malls in India was opened three years ago.

The DMRC took up with the State government the need for a flyover here when Kochi metro rail works were sanctioned. A decision was thus taken to construct the metro viaduct over the flyover, since a flyover could not be built as a separate project.

The proposal was submitted to the Government of Kerala in March 2013 and the government sanctioned the work within two months. The land acquisition cost came to Rs.54.54 crore.

The project consists of a pair of two-lane flyovers on either side of metro piers, flanked by two-lane roads. Two new bridges too were built prior to the start of flyover works.

The total length of the flyover is 433 metres out of which the bridge structure makes up 283 metres. It has a central span of 35 metres with a vertical clearance of 5.5 metres.

The width will make it possible to construct an underpass in the future. Twenty-four piers with 90 piles support the flyover.

The foundation work for the flyover began in January 2015. The work was completed in August this year.