Kochi: The Kochi Metro Rail Ltd. (KMRL) started construction of the 18-meter high viaduct of its one of the highest points of the entire metro railway network, has begun and the installation of the substructure will be completed in April 2018.

“There will only be one pillar in the center of the crossing, while two others will arrive at both ends (near the police watchtower and the Hub Street entrance point). We have already started the work and we have imposed traffic restrictions in the far north. A 12-meter barricade has been erected there, which we hope to eliminate in two months, “said a high-ranking metro official. 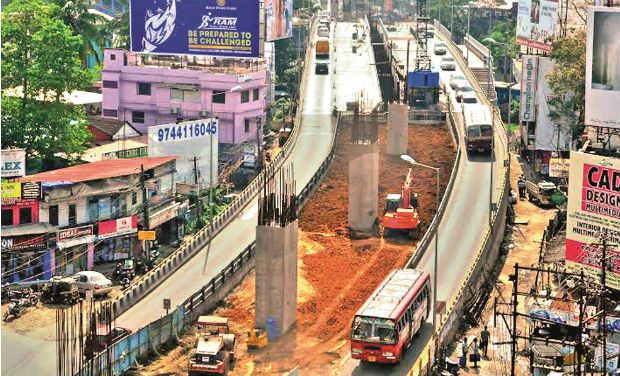 “The pillar and other works of the substructure will be completed in four months, while the superstructure will work longer, but they will be performed only at night so as not to affect the flow of traffic,” the official said. The work in the section is being carried out by the contractor Era Constructions.

The Public Works Department also began the construction of two separate three lane crossings. “Both works will be implemented simultaneously so that the traffic is affected at least The subway viaduct will pass over the overpass and will have a separation of six meters,” said the official. Meanwhile, the metro viaduct will have a curve just before reaching the junction, starting from before the Welcare hospital.