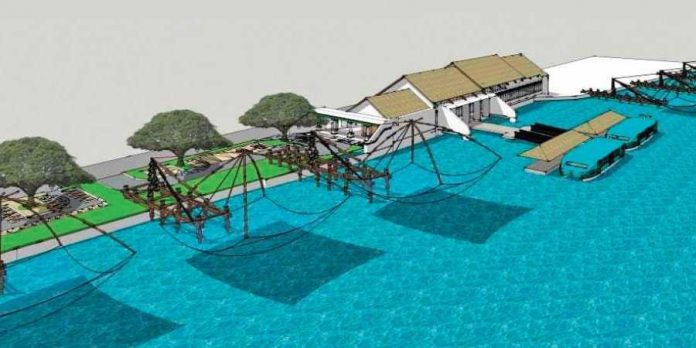 KMRL clarify that the proposed boat terminal which is implemented as part of the Water Metro Project will not harm the nets in any way.

According to the KMRL Statement, the proposed project was mooted based on a study report.

KMRL said on a Statement that IIT Chennai has conducted various studies at Fort Kochi, including Simulation Study to assess the navigational safety, Wind and Wave hindcasting study and Weather downtime analysis. These studies were conducted to check the maneuverability of boats, weather conditions and also navigational safety. Results of all these studies were positive and a report in this regard was submitted before KMRL.

According to the experts, since the proposed jetty is close to the harbour mouth, the boat will face difficulty to navigate. Even Cochin Port had written a letter to KMRL stating the location was not feasible.

Chinese fishing nets will not be harmed

Express had highlighted the issue in the report ‘Boat jetty caught between nets and the deep sea’ which appeared on Friday. “KMRL is committed to protecting the rich heritage of Fort Kochi. The Water Metro Terminal, once established, will aid the tourism and other prospects of the area. The Chinese fishing nets will not be harmed” said KMRL MD A P M Mohammed Hanish IAS.

To enhance the last mile connectivity, KMRL also plans to develop the area and also has plans to join hands with Cochin Smart Mission Ltd to develop the area. According to KMRL, studies have been conducted on the possibilities of constructing a terminal at the existing Ro-Ro jetty.

“It was found that the Ro-Ro jetty is fully utilised and the introduction of Water Metro to the same area would increase the possibility of collision and accidents. The present SWTD jetty on Kalvathy Road would increase the transportation charges of commuters as they will have to find alternative transport to reach the bus stand. More than that, Water Metro is operating multiple routes so more berthing space is required.

Thus, the Metro agency decided to go ahead with the terminal at the land adjacent to the petrol pump,” the statement said. KMRL also held discussions with the owners of the Chinese fishing nets and the study report was handed over to them.