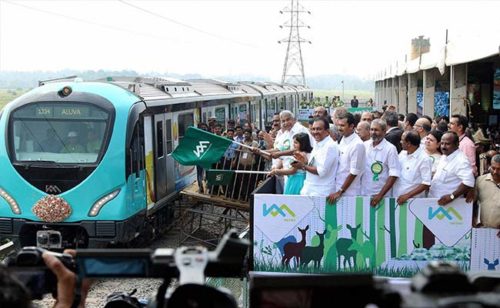 Speaking to a TV channel here on Tuesday, after visiting the Metro Rail site, Sreedharan also said work on the Metro Rail corridor from Aluva to Maharaja’s College would be completed by March 2017. Meanwhile, e-bids for re-tendering of civil works between Maharaja’s College and Ernakulam South; and from Vyttila Kunnara Park to Tripunithura S N Junction will be opened on September 21. The estimated cost of the work, as per the tender, is `294 crore. The estimate includes construction of elevated viaducts and tow stations at Alliance Junction and SN Junction. The scheduled time for completing the work is 20 months.

Re-tendering of work on the Ernakulam South-Tripunithura reach was done after construction firm Ira-Ranken, which was initially entrusted with civil works in the stretch, was  offloaded in 2014 due to incompetence.