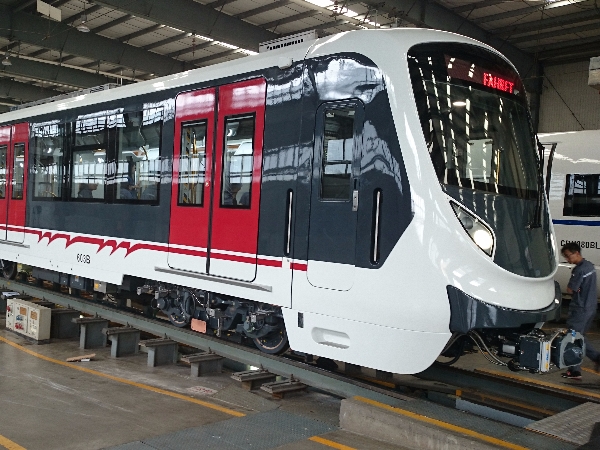 Kolkata: In another year, travelling on the Kolkata Metro network in the hot summer months will become a thing of the past – the city will get 14 trains with at least 112 advanced air-conditioned coaches from China, a senior railway official said.

These made-in-China coaches imported at a cost of Rs. 7.1 crore per coach will arrive by February 2018, the official told news agency PTI.

Kolkata Metro is hoping that it will soon be able to replace non-AC coaches with the new ones, at least in the existing north-south corridor.

The imported coaches will be fitted with high cooling capacity 30-tonne air-conditioners instead of the 22-tonne machines installed in some of the old coaches in the metro network. They will also come with eight intercom devices which commuters can use to contact the metro driver in case of emergency.

“These will be state-of-the-art AC coaches with comfortable seating and much like the metro trains run by the DMRC in Delhi. They will also have CCTV cameras,” the official said.

All trains on the Delhi Metro Rail Corporation’s corridors are air-conditioned.

The CCTVs will help the Kolkata Metro authorities to act swiftly in case of any trouble in the coaches.

Coaches that have been running for over three decades in Kolkata’s 27.22-kilometre-long south-north line have started showing their age with many of them needing constant repairs.

Every day, over six lakh people travel by metro in the capital of West Bengal, making it the second-busiest metro system in India after Delhi.

The China Railway Rolling Stock Corporation or CRRC will provide the coaches. On its website, the Chinese publicly traded firm claims to be the world’s largest supplier of rail transit equipment. CRRC reported revenues of $37.8 billion in 2015.