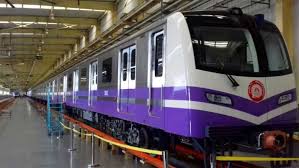 KOLKATA (Metro Rail News): On Sunday the Kolkata Metro Rail Corporation Ltd (KMRCL) stated that the metro services would close till March 31 as a precautionary measure to prevent the outbreak of Coronavirus even the Indian Railways determined it would not operate any commuter trains across the country till the last of this month.

“There would be no Metro services from today i.e 23rd of march till 24 hours (midnight) of 31st March 2020,” Kolkata Metro rail tweeted on its page. As the Kolkata Metro is one of the lifelines of its city offering around 630,000 commuters regularly. However, the footfall went down after everyone began staying inside the house and avoided public transport.

On the 16th of March, the number of Metro commuters decreased to almost 520,000. Around 4 positive cases of coronavirus have been recorded from West Bengal till now. Almost 21,000 citizens have been kept under hospital along with home surveillance in the state.

The West Bengal govt had asked the railway ministry to stop every train from entering the state till 31 March to shield the state from potential carriers of Covid-19 from external.

Also, the state put a ban on interstate bus (ISBT) movement to check the outbreak of the dangerous disease. The number of coronavirus patients soared to 341 and 2 more people who had got the infection died in Bihar and Maharashtra.