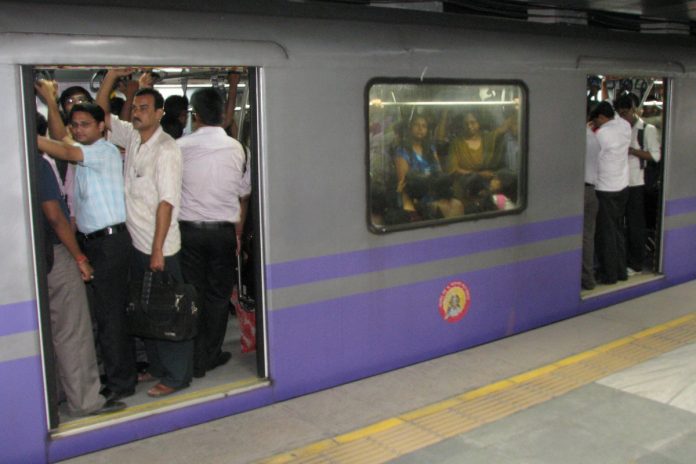 KOLKATA (Metro Rail News): Kolkata Metro Railway services were disrupted for over an hour on Tuesday after a Dum Dum-bound A/C train experienced technical snag at Netaji station. According to sources, the incident took place at 2 pm when the AC rake going in the UP direction was stopped at Netaji UP platform after a cable hanging from the coach touched the third rail resulting in the emission of a burning smell. “Metro engineers and staff went to the spot and passengers were immediately evacuated,” said an official.

Truncated services were run from Mahanayak Uttam Kumar station to Noapara station (both in the UP and DN direction).
On September 28, Kolkata Metro Railway started running three pairs of additional trains (110 to 116 trains) and extended operation hours (the last service extended from 8 pm to 8.30 pm). However, the footfall in the North- South Metro line was 55,228 and in the East-West Metro line passenger was 163.

On the first day of opening, the footfall in the North-South Metro line was 27,000. The East-West Metro line passenger was 99. Since then the number of commuters are increasing. On average, there is an increase of at least 2,000 passengers on a daily basis.