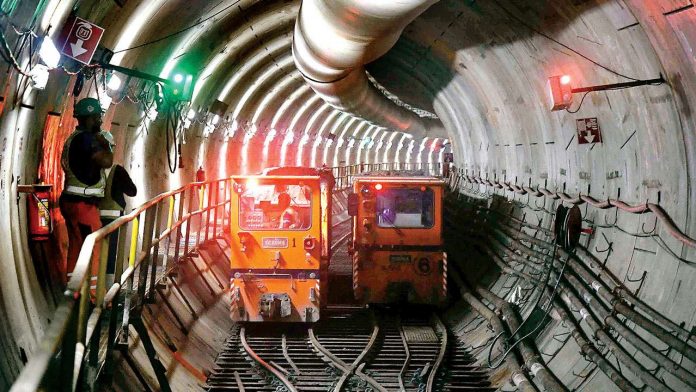 CHENNAI (Metro Rail News): Tenders are being finalized for the third and fourth corridor of the Chennai Metro Rail Phase 2 Project. Larsen and Toubro plan to complete the 12 km underground stretch from Kellys Station to Taramani Road junction in approximately 52 months. Both the tenders are worth between Rs 2,500 to Rs 5,000 crore, said Chennai Metro Officials.

According to an L&T release, the tender to construct 12 km twin bored tunnels from Kellys to Taramani Road Junction also involves the construction of diaphragm walls of station box and entry and exit structures of Chetpet Metro, Royapettah Govt Hospital, Thiruvanmiyur Metro Stations and part diaphragm wall of Green-ways Road Metro Station, including launching and retrieval shafts in these stations.

Similarly, L&T has bagged the order to construct approximately 8 km of the elevated viaduct with nine elevated Metro Stations starting from  Power House to Porur Junction. The elevated corridor includes 4 km of double-deck construction. This elevated Metro Rail package is a part of Corridor 4 of CMRL Phase-II Metro Rail Project.

Interestingly, this comes in the wake of Chennai  Metro  Rail awarding  Rs 1,147 crore contract for the construction of 7.95 km elevated viaduct section and nine elevated stations on Corridor 4 of phase II of the  Chennai Metro to a joint venture between Hindustan Construction Company Ltd. (HCC) and KEC International Limited (KEC).

The cost of the phase-2 project was reduced from Rs 89,000 crore to Rs 61,843 crore after CMRL made many cost-cutting measures. Union Home Minister Shri Amit Shah launched construction of the 118.9-km phase-2 in November 2020.

During the launch, former Chief Minister Shri Edappadi K Palaniswami requested Shah to intervene for early approval and the Centre’s participation in the project with a 50:50 equity sharing model. 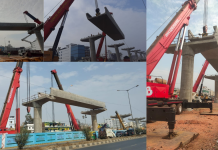