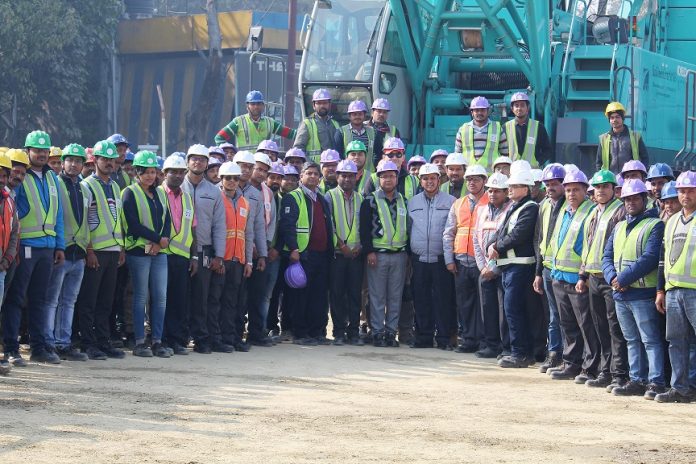 TBM ‘Gomti’ shall cover a tunnel length of 462 m for Up line from Charbagh (near Deen Dayal park) to Hussainganj underground Metro Station.

This will soon be followed by the launching of TBM ‘Ganga’ on down Line from the same launching shaft in front of Deen Dayal Park, Charbagh for undertaking its final drive of 446 metre between the Charbagh and Hussainganj.