LUCKNOW (Metro Rail News): Lucknow Metro has been felicitated by Confederation of Indian Industry (CII) along with Indian Green Building Council (IGBC) for participation in ‘Performance Challenge for Green Built Environment 2020’. CCS Airport Metro station of Lucknow Metro was selected under ‘Transit Buildings’ in Metro category by IGBC for awarding the certificate of appreciation and recognizing the efforts of UPMRC for their excellent efforts towards enhancing the green performance in their Metro operations.

The green building movement started off in the year 2001 and has advanced rapidly since then. Green in all aspects of design and construction have been embraced by stakeholders such as architects, developers, MEP / green building consultants, builders, suppliers and manufacturers.

There are more than 2000 green building projects in the country which are up & running and today India stands tall amongst countries that have embraced sustainability. While many projects designed as green are in operation, there is now a dire need to sustain the benefits during the life time of the project.To facilitate fully certified green building projects to continue maintaining the facility as green, IGBC launched the ‘Performance Challenge for Green Built Environment’ programme.

Outstanding projects that have demonstrated leadership in their own typologies are recognized and felicitated during IGBC’s flagship event Green Building Congress. 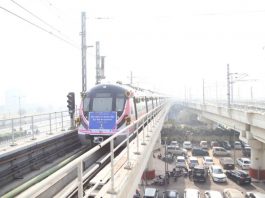