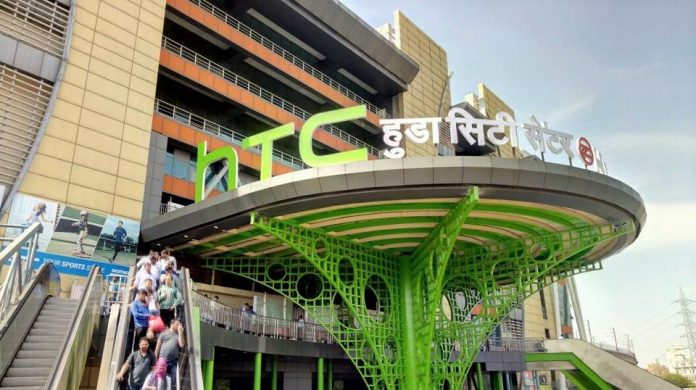 NEW DELHI (Metro Rail News): A day after a 29-year-old woman shared her ordeal on Twitter alleging that a man masturbated on her and flashed her when she was climbing down the escalator at the HUDA City Centre Metro station on the night of June 14, the police registered an FIR in the case.

On Tuesday, the police said they had taken cognizance of the matter and registered the case on the basis of the victim’s narration of the incident on social media.

On Tuesday, additional DGP law and order (Haryana) Navdeep Singh Virk replied on the thread shared by the victim on Twitter, saying, “The matter has been flagged with the police commissioner Gurugram and appropriate action will be taken at the earliest.”
The police said a team of senior police officers, including an assistant commissioner of police (ACP), a crime against women and station house officer of Sector 51 women’s police station, visited the crime spot on Tuesday and collected the CCTV footage.

A case was registered against the unidentified suspect, who can be seen in the footage, under sections 354-A (sexual harassment) and 509 (word, gesture or act intended to insult the modesty of a woman) of the Indian Penal Code at the Metro police station.
The incident took place on June 14 around 9.25 pm when the woman, an interior designer, had come out of a clothing store on the first floor of the Metro station. The woman had said that she was on the escalator when she felt something on her back.

“I turned and realized that a man had masturbated on me. I was shocked, scared and traumatized. I confronted him. He flashed me and said indecent words following which I slapped him.
buy actos generic myindianpharmacy.net/actos.html over the counter
The passersby stood still as he was hurling abuses at me. I shouted and called for help but there were no policemen around. He flashed me again before running away,” she had tweeted on Monday.

Metro station house officer Rajender Singh said the presence of the suspect could be established in the CCTV footage and efforts were on to identify him.
“We have contacted the victim and started a probe. We are coordinating with DMRC (Delhi Metro Rail Corporation) officials and collected the CCTV footage,” the SHO said.

On Tuesday, the woman said a senior police officer from the Metro police station had reached out to her, but she was yet to record her statement. “I am yet to decide about that (recording my statement). It was important for me to share the ordeal and to raise an alarm. There are many loopholes in our judicial system and it takes time and courage for a victim to come out and report. I feel scared,” she said.

The woman had earlier alleged that on June 14 night, shortly after the incident, she had reached out to Gurugram police on Facebook Messenger app, but did not receive a response.
She then reached out to the DMRC officials for assistance and received a response to identifying the culprit in the CCTV footage, which has now been shared with the Gurugram Police.